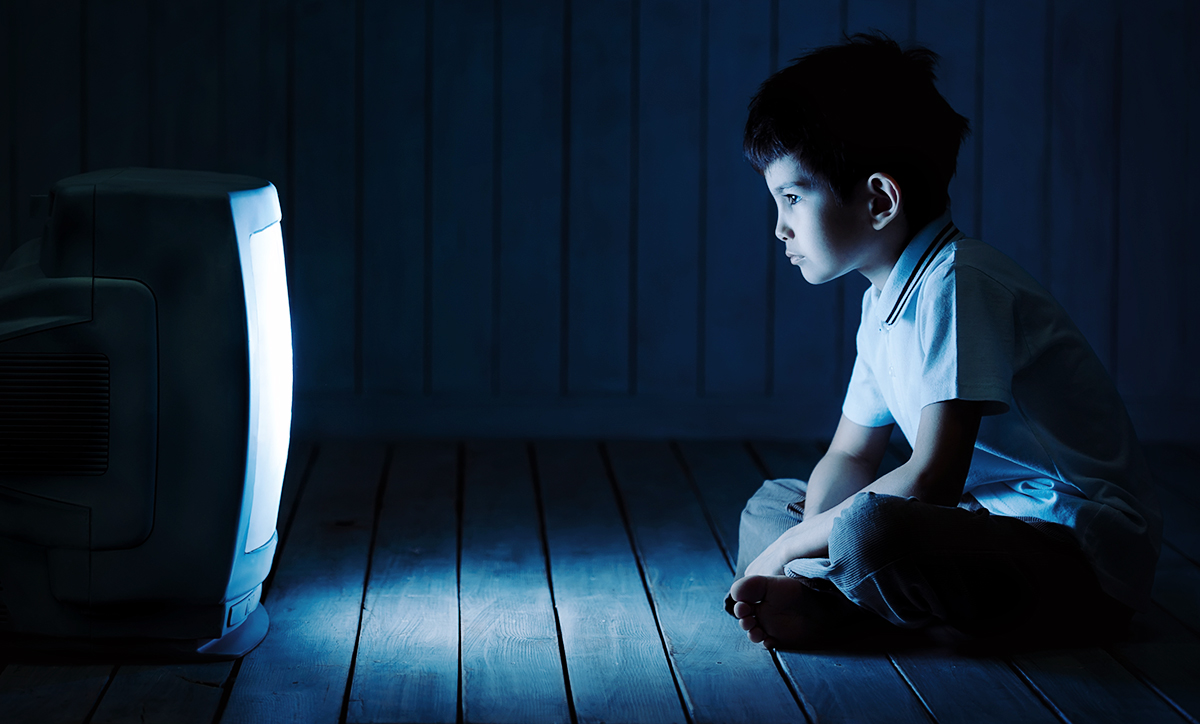 Dear T., Anything you can’t do without is called an addiction.  Addictions are not good at any age, let alone at three years old. Although TV can be a great educational tool and a good source of entertainment, too much of a good thing is a bad thing. Children at your son’s age are prone to getting stuck on things, and at the top of the list are particular videos or specific characters (such as the dreaded “Barney”). But if your son is watching the same video repeatedly, he is not learning anything new. He is developing a habit fed by having memorized the video and anticipating what is coming next. Every time an anticipated event occurs, the brain reacts by producing a flood of powerful “feel-good” chemicals known as endorphins. Because the video remains the same every time he sees it, your son is able to count on the pattern of anticipated events and the endorphin rushes that follow.  The cycle repeats over and over, creating a chemical addiction in your child’s brain.  His physiological system actually begins to crave seeing the video in order to get the guaranteed rush of endorphins again.  That is why he throws a tantrum when he cannot have the “fix” of his cherished video. If this sounds a little scary, it is. The brain can produce chemicals as powerfully addictive as cocaine and other illicit drugs.  Therefore, the best thing to do with videos your child is obsessed with is to have him go with you and give them away. After the initial fit, he should stop demanding them within a couple of days.

When it comes to television and videos, a general guideline for a three-year-old would be to provide as much variety as possible, continually exposing the child to new input. Limit total TV and video time to two hours per day. And make sure at least one of those two hours is spent viewing educational TV and videos.

M. Asks: My two teens want to stay up half the night and hate getting up in the morning for school. Do you have any suggestions?

Dear M., Many teens are wired such that they need a lot of sleep and prefer to get it from 3:00 a.m. until noon. Some schools are finally acknowledging this and are starting school earlier for the elementary school children, who tend to get up early, and later for the teens. However, most schools still follow a traditional early-morning schedule for teens. So, let me start by saying there are no really great solutions, but there are some basic guidelines that can help.

First, establish a specific time your teens must get up, and maintain it throughout the year as much as you reasonably can.

Second, avoid having entertainment sources in their rooms. TV’s, computers, and video games are all going to add to the problem. Keeping these sleep-avoiding instruments out of their rooms can help teens get to sleep earlier. As much as you can, make their room a place where they read, do homework that does not require a computer, and sleep. Entertainment should be something that happens someplace else in the house. Third, create the proper atmosphere. Environmental sounds are available on CD that include everything from the sounds of ocean waves to the pleasant rhythms of a light rain shower, and many CDs designed for relaxation incorporate classical music selections in which the beats per minute correlate with sleep patterns. Fourth, make getting up their responsibility, not yours. You should not be pulling them out of bed to keep them from being late for school. Make sure they have a loud alarm clock, and then lay down significant consequences for being late for school.  Wish them luck, and stick to your guns.