We generally think of independence as being free of outside control. With children, and from a developmental perspective, I see it not so much as being free of outside control as gaining self-determination, autonomy, and initiative. To discover that you can affect and change what is happening and to perceive, learn, and develop initiative are very important pieces of development. For children of all ages, as well as adults, developing initiative is vital to growth. 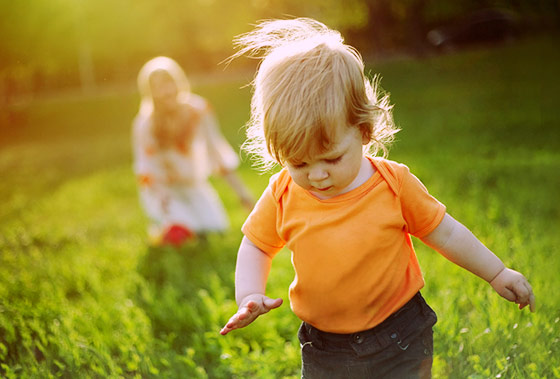 The issues relating to lack of independence cover the entire range of children, from the child with severe developmental delays who cannot or is not even moving themselves to get from point A to B; to the child who hasn’t learned or been encouraged to feed or dress themselves; to the child who isn’t learning or being encouraged to get themselves up in the morning or to take care of their physical space; or the child whose parents help them with all their school work and remind and help them prepare for tests; to the child who doesn’t know how to take care of their own laundry or fix themselves a meal, or actually do some things to contribute to the wellbeing of the family, perhaps because it never occurred to them. Throughout the spectrum of children, gaining independence at one level opens the door for more independence at the next level and provides the foundation for greater initiative to push to the next level.

Initiative is defined as an introductory step, leading action, readiness and ability, or the right and power to initiate action.* Or it’s simply motivation and belief that you can do new things, more things, effect change on your own, and try.

One of the significant pieces of the developmental puzzle is what should be the rather obvious correlation between independence and initiative and the converse– dependence and lack of initiative.

The more significant the child’s issues, the greater the developmental concerns and the greater the importance of facilitating independence. The more basic the function, the more significant and important it is that the child be given the assistance and the opportunity to develop independence in that function. Perhaps the most important basic skill is mobility (the ability to get some place on your own independently), which fosters exploration and independence and permits interaction with other people, toys, and objects, facilitating the learning of cause and effect. Following mobility other important developmental functions that help establish independence are language/communication, self-feeding, independent undressing and dressing, and independent toileting.

I have observed families that persist in carrying their mobile child and feeding and dressing their child beyond the age or level of development that would permit the child to do these basic functions independently, and over subsequent years have seen the global effects of delayed independence and the creation of degrees of global dependence and related issues for their children. For some families this reluctance to teach and let children move or walk by themselves, feed or learn to dress and take care of their self-help and self-care needs themselves is cultural; for others it’s simply easier, or takes less time; and for some it’s simply a habit, particularly for those families who have a developmentally delayed child, or a way for a nurturing parent or grandparent to express their love. Unfortunately it’s the child who has some degree of developmental delay who needs to not only be permitted to pursue self-actualization, but needs to be taught and encouraged to do so.

One of the complicating problems for children with difficult developmental delays is a problem relating to breaking patterns. Parents who have a young child with developmental issues are often frustrated by the child’s lack of development and initiative. The parents work hard every step of the way to get the child to take the next developmental step. Rarely is it easy, and more often than not it takes a lot of input, encouragement, pushing, prodding, and opportunities for the child to move to the next level. When these parents have a typical child, they are always struck by the baby’s determination to move to the next step. One day they are crawling without you having done much other than put them on the floor; then you blink and they’re up creeping on their hands and knees and pulling to a stand and then walking, moving through these steps in a matter of a couple of months that could possibly take years for a special needs child.

For a rapidly developing typical child, change and initiation are the norms. For a child with slow development, staying the same is often the norm. The typical child is internally motivated to change, to move to the next level. Success begets success—that is their norm. For the child with slow development, staying the same is the norm, and their motivation is often to stay right where they are. However the more they learn to do and the faster we can move them from step to step, the more they discover independence and initiative and pursue change. For young children with developmental issues, it is vital that we work with them as much as possible, focus on the key developmental pieces, and put those pieces together in proper sequential neurodevelopmental order, change the pattern, and break the bonds of dependency and make change their norm.

For older, higher functioning children, typical children or adults, dependency fosters expectation for things to be provided for them and discourages self-initiative, accountability, and responsibility. Dependency eventually fosters resentment and a perceived/learned lack of ability to initiate real change. It’s not a pretty picture and, sadly, it’s one that affects many within our society.

Across the spectrum we need to assist every individual in gaining independence and teaching them that they can initiate change and change their lives.