Home / NACD Journal / Learning How You Learn: Auditory & Visual Digit Spans – What Do They Mean?

HOW TO EVALUATE AUDITORY AND VISUAL SHORT-TERM MEMORY 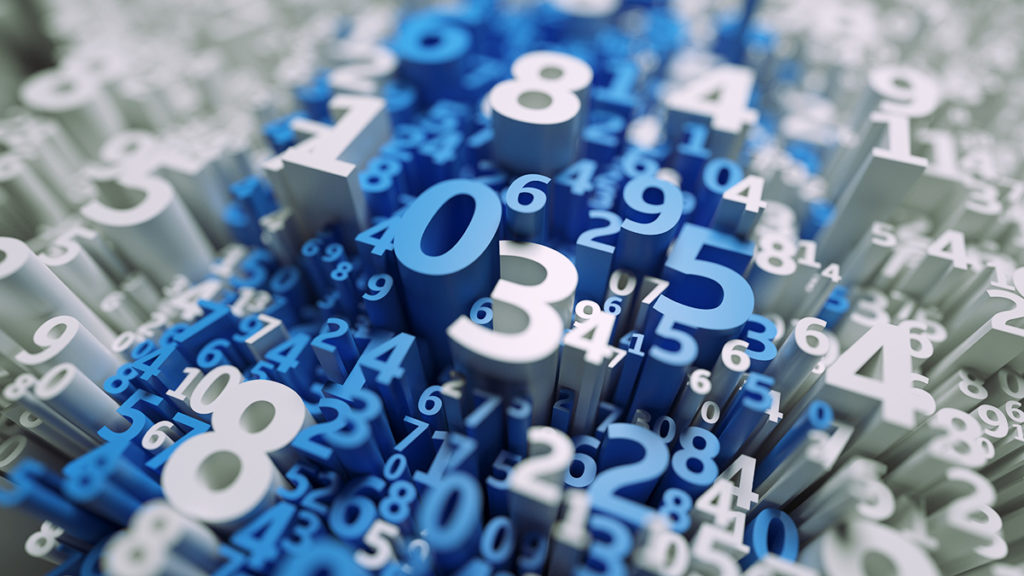 To test the auditory digit span, the parent should slowly (1 digit per second) say number sequences beginning with 2 digits (Example, 4 – 1 sec. Space – 2). Have the child attempt to repeat the sequence. If the child was unable to repeat the sequence, give him a second sequence of digits utilizing different numbers. If the child is unable to repeat this second sequence, stop. The child’s digit span is less than 2. If the child succeeds in repeating the 2 digits, proceed to 3, 4, 5, etc. Always give the child a second set of numbers when they miss the first sequence, and stop when they have missed 2 sequences of the same quantity. After each of the child’s responses, verbally reinforce them: (Example, “That’s great!” “Super”, “Terrific, you’re really good at this” etc.)

Testing the visual digit span duplicates the auditory process, with the exception that you show the child the numerals, rather than say the numbers. This evaluation should not be done with a child unless they can easily identify their numbers from 0-9. With 3×5 inch index cards, prepare your evaluation materials. Clearly, with a black felt marker, prepare 2 cards with 2 numbers; each numeral should be ½ inch high and separated by ½ inch. Proceed by preparing 2 cards with 3 numerals, 2 with 4 numerals, etc.

When the materials are prepared, tell the child that you are going to play a game. You are going to show the child a card with numbers on it. They are to look at the numbers, and when you put the card down, have them tell you what numbers they saw.

When the child is ready, hold up the first card for 3 seconds, put it down, and ask the child what numbers they saw. Proceed as with the auditory digits, offering reinforcement and 2 attempts at each quantity.

The child’s auditory digit span is the quantity they were able to repeat correctly, and in proper order. The visual digit span is determined the same way.

WHAT DO AUDITORY AND VISUAL DIGIT SPANS MEAN?

Auditory and visual digit spans provide us with knowledge of the child’s auditory and visual short-term memory. Short-term memory represents the actual quantity of information the child takes in through his or her eyes and ears. Many of our problems associated with expectations and teaching are related to our lack of knowledge of these two very basic functions of processing what there is to see and hear.

Before looking at “normal” function, let us begin by understanding what “normal” means. How well we process what we see and hear is largely a reflection of opportunity. Not too surprisingly, our society has changed as to its ability to process visually and auditorially. In the last 30 years one single factor has altered our ability to process visually and auditorially. Thirty years ago our society was stronger auditorially; today it is stronger visually (with obvious individual differences). The single factor, which changed our society, was the television.

Prior to the T.V. becoming a fixture in virtually every home in the country, families spent their time differently. They talked to each other a lot more, they read to each other a lot more, and they listened to radio plays a lot more. (Some of you may remember Blondie, Amos and Andy, The Lone Ranger, etc., etc.) Since the television moved into the American home, that auditory environment has almost disappeared and become a visual environment. As a society, we watch a lot more than we listen.

Another factor affecting opportunity is vision and learning itself. If a child’s vision or hearing is impaired, obviously that impairment effects how much they actually see and hear. The brain learns to see by seeing, and to hear by hearing. Visual acuity problems, hearing losses, ear infections, allergies, can all affect the quantity and quality of information that our brains receive. These problems directly affect opportunity. “Normal” function is, therefore, a reflection of opportunity. A child functioning below normal often is functioning below where he or she should be because of a physical or environmental problem. Below “normal” function generally is not a reflection of a below “normal” intelligence, or an inability to achieve “normal” function.

Another aspect of “normal” as it relates to short-term memory is that what is considered normal for everyone seven years old and above is a digit span of seven. There are two significant considerations involved in “normal” function. The first is that most individuals stop in their development of their ability to process information at the rather tender age of seven, which says something about how far most of us are progressing toward achieving our potential. The second consideration is that there is no limit to how well we can develop our processing ability. Digit spans of 10-15 are not unusual, and are often developed in our children who previously were considered “learning disabled”, but who are now definitely functioning at a superior level. Processing (short term memory) is important and significant. Your brain only sees and hears that which is processed (be it a television show, a residential address, a picture in a book or a view of the Grand Canyon) you only see and hear as much as you can process. The better your ability to process, the more, the better the quality of what you see and what you hear.

WHAT PROBLEMS CAN BE CAUSED BY VISUAL AND/OR AUDITORY PROCESSING DIFFICULTIES?

The vast majority of what we learn, we learn by seeing and hearing. Any inefficiency in visual or auditory processing to some degree decreases the quantity and the quality of information which we receive and thus makes learning more difficult, if not impossible.

Visual processing problems affect such things as awareness of what is happening around us, sight-reading, mathematics, our ability to learn from books, as well as the ability to observe and react to changes in facial expressions that affect our ability to interact socially.

HOW DO YOU IMPROVE SHORT TERM MEMORY?

WHAT METHODS CAN BE USED TO IMPROVE AUDITORY SHORT-TERM MEMORY?

Auditory function can be developed from birth if not before. The brain learns to hear by hearing. The infant in the quiet nursery at the back of the house has little opportunity to hear. The child in the center of the family room with two adults and six children has many opportunities to hear. We begin auditory training with the newborn, by first and foremost talking to them, face-to-face, smile-to-smile, as much as possible. We then play tapes, classical music, heavy on the Bach, repetitions of vowel sounds, tapes of older babies babbling, and nursery rhymes, and sound effects (jets taking off, fire engines, etc.) Any sound that appears to produce discomfort is stopped. As the child appears to be interpreting differences between sounds, the sound effects are cut back, and environmental tapes utilized. Environmental tapes would include sounds of a playground, supermarket, church, traffic, etc.

The input, which we provide for the child changes as the child develops. That which is specific and stimulating for the child at one stage of development is random and disruptive at a high level. One specific example would be the rather random sounds of a group of playing children. For a newborn who is just learning to differentiate basic sounds, that is appropriate; but for the toddler who is attempting to learn to understand the language and to speak, this becomes random and disorienting. Therefore, the toddler needs more one on one input, and the opportunity to hear a lot of well-articulated speech. With the toddler, we have the music and add tapes progressing from initial sounds and words (Example, mm – Mom – da – Dad, uh – up, ba – bye, etc.) to repetitions of single words, then couplets, three word phrases, questions and answers, to stories.

For older children and adults we utilize two basic approaches. The first approach is the utilization of audiotapes that are listened to through earphones, preferable the dominant ear only. The appropriateness of the tapes is determined by the individual in as much as the input must be of high interest. For example, we would not develop auditory short-term memory by playing tapes of the math facts. We would however develop function by playing tapes of a child’s favorite stories or for adult novels or tapes associated with their particular areas of interest. In order for material to be of high interest it needs to be changed very often, the newness is vital to maintaining high interest.

The second approach to development of short-term memory is the process of listening with intensity. If we are required to actually repeat what we have heard, we listen much more closely. For children and adults we essentially go through the process of doing digit spans. If the child has an auditory digit span of five, we have the child listen to sequences of five and six digits or objects; for example, apple, orange, grape, banana, peach, and attempt to repeat the sequence. The process is one of building, attempting to repeat longer and longer sequences. This activity can generally only be productive for a minute or two, but can be repeated many times during the day.

WHAT METHODS CAN BE USED TO IMPROVE VISUAL SHORT-TERM MEMORY?

From birth, visual function develops as a direct reflection of opportunity. Nurseries and daytime environments need to be visually stimulating. Christmas lights on cribs and baseboards, color wheels, and large colorful objects will provide an initial visually stimulating environment. As the child learns to see detail, they are attracted to faces more than any other visual input, so that talking face to face with the child becomes all that much more important. In addition to talking to the child, show him or her large 12 x 12 inch happy faces and proceed to actual photographs.

Toddlers can be taught to identify pictures at a faster rate than most parents can collect them. Rapidly flashing many, many different pictures at the child (household items, animals, trees, cars, etc.) for 1-2 minutes at a time, many times a day will greatly assist in the development of visual processing skills.

As with the development of auditory function, visual function is improved through two basic routes.

The second approach to the development of visual processing is the utilization of sequencing, actually having the individual go through the process of doing visual digit spans. As in testing, number sequences should be displayed for 3 seconds before a response is requested. Visual processing can also be improved by rapidly flashing digit sequences. With a rapid flash the number of digits will obviously be lower than with the 3-second exposure. Picture sequences can be utilized as well. Small pictures such as used in lotto games can be laid out in front of the trainee, and then picked up. The trainee can either name the pictures in sequence, or reorganize the pictures in proper order. Whether digits or pictures are utilized, sessions should be short (1-2 minutes), but can be repeated a number of times per day.

How well we learn is a direct reflection of how well we receive, process, store and utilize information. Many children and adults are attempting to cope with unidentified processing inefficiencies. If identified with the simple techniques of testing auditory and visual digit spans, these inefficiencies can then be eliminated through the utilization of some very simple procedures.

There are no limits to our innate abilities to process, to learn from our environments. Superior processing skills are well within the reach of almost everyone.