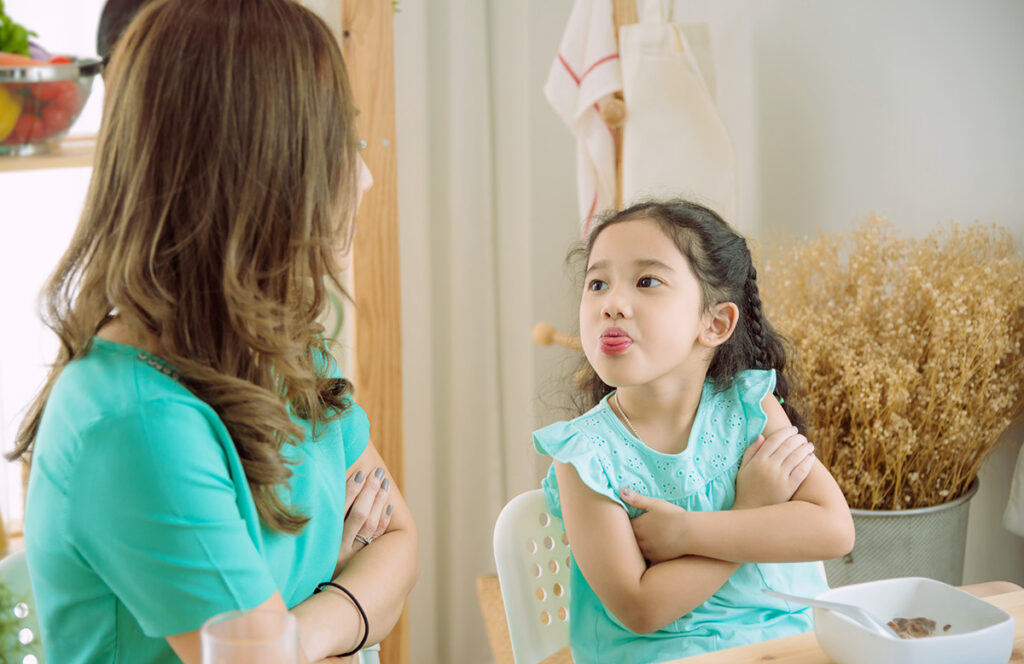 Most of us have no idea what creatures of habit and patterns we are, nor how stuck we can be in these behavior patterns. I have three dogs that keep reminding me of what a creature of habit I am. If I’m watching TV in the evening and pick up the TV remote, my dogs notice; and if I turn off the TV, they all jump up ready to go. Which way they go is determined by the direction of my first step when I stand up. In the morning if I pick up my cup from the coffee machine and if I turn left, my dogs run down to my office. If I turn right, they go about their business because there are too many options as to what I might do. You probably put the same foot into your pant leg first most every day. The point is that we humans create hundreds of behavior patterns, most of which we are oblivious to.

When dealing with children, particularly children with developmental issues, the connection between the child and the parents and caregivers is amazing. This connection leads to each learning each other’s patterns. Patterns can become ruts, ruts that both parent and child can get stuck in.

One very common pattern or rut that creates problems involves what children will eat. In a very significant percentage of children who come to us, ranging from severely involved children to those who are gifted, a common problem is picky eaters. Back in the early ‘70s when we created a program specifically for children with autism, I worked with a teenage girl who had eaten no food other than apples for virtually her entire life. To compound the mystery of this child, she also had pica—she would put most anything in her mouth and eat it. This included everything from dirt to bugs and her dog’s feces from the yard, but not food. The issue with her eating a greater variety of foods was obviously not an issue with taste or smell, although this can be an issue for many children, particularly those on the spectrum. It was simply a matter of an established pattern, a habit. It should be noted that food cravings that come from eating a lot of some specific foods can also be a contributing issue. Kids are not simple.

In a previous article (Independence and the Developmentally Challenged Child) I discussed how important and vital independence is for the overall development of the child or young adult. The child’s and the parent’s patterns and habits often have a very negative impact on the development of independence.

An example of a common pattern that slows down the development of independence in many children is helping them dress themselves. Most parents who assist their child in dressing and undressing assist in virtually the exact same way every time, and the child participates, or does not participate, in exactly the same way. As an example: Mom approaches Johnny with a T-shirt. Johnny sees it and waits for Mom to put it over his head, at which point he lifts his arms and she helps put his arms in the sleeves. Then she pulls the shirt down. Every day they follow the same pattern. If Mom doesn’t do something to change her pattern, the odds are great that Johnny doesn’t either; and Johnny’s development of independence in dressing himself goes nowhere. Parents need to become acutely aware of the hundreds of such patterns, habits that have been created by them and their children, and consciously work to break them.

It’s helpful when trying to grasp the significance of patterns to see how differently children perform with different people and in different places. Children who work with their parents, caregivers, therapists, and teachers are often going to react and perform differently with each person, or in each place, because patterns and habits are created together and are often person and place specific. Each adult establishes a new pattern, and to some extent the physical space helps establish a new mental picture and a new pattern as well. Most children on the spectrum are strong visualizers, creating mental pictures and videos associated with many aspects of their lives. For these visualizers anything that changes their picture (or habit) can lead to them becoming upset, with the net result being that family members and caregivers avoid upsetting the apple cart and work hard to maintain and reinforce the habits.

One of the most devastating and pervasive problems associated with patterns negatively impacting many of our children with developmental issues is prompt dependency. Prompt dependence is actually taught through creating a patten by which the child is prompted, generally verbally through virtually every step of what they are being instructed to do. Some children, after years of such instruction, develop such a strong pattern that they will do almost nothing without a prompt, requiring someone to guide them through most everything they do, creating greater dependency and stifling independence.

Referring back to the picky eater problem, parents often discover that their child will eat foods at the grandparent’s house that they won’t eat at home, or in a restaurant, or even outside. This is because a new place helps change the pattern.

The teenage girl with autism I met had her eating problem largely resolved within the week she and her family spent with us. Guess what we did to fix it? Almost nothing. The child had spent her whole life at home, eating by herself in the same kitchen at the same table and given the same food—apples—because her family been convinced that she wouldn’t eat anything else, and had established a very strong behavior pattern. When the family flew across the county, stayed in a hotel and at our offices, and ate at restaurants together, they broke the pattern. My little suggestion was to not have any apples nor bring apples to the restaurant and to simply order her the same food the parents were eating and tell her they didn’t have apples. She ate the food and within the week established a new behavior pattern, which was to eat what the family ate.

Typically developing children are neurologically changing rapidly, and that neurological change pushes them to do new things; and in the process it tends to break many previously established patterns of behavior. Typical children and their parents can certainly fall victim to habits. But when you slow down the developmental process, life tends to become just a series of pattens that essentially rule the child and the family’s life and can significantly and often dramatically inhibit change, development, and expectations. These patterns can affect all areas of development and function. An example is children learning patterns of communication. If whining works to get attention, and Mom interprets that as the child wanting something and becomes trained to start offering the child options until the whining stops, then the odds are good that the child will maintain that pattern of communication even though they neurologically are ready to start verbally communicating. In a similar vein there are children who develop a functional vocabulary of only a few words, who may go years without expanding that vocabulary. It becomes their pattern, and if the expectation is that it’s all he or she can do, then it becomes the perception of what can be, and it is accepted. A child who has a vocabulary of three words is demonstrating that they have the cognitive ability and the oral motor ability to think in words and produce words, why not ten words or twenty words or a thousand words?

If a child lacks mobility, the ability to move either through crawling, creeping, or walking to get to something, and learns to simply lay on the floor and space out, cry for attention, or whine until someone brings something to them, then often these become patterns and the child has no perception that they could move to go somewhere or get something. These children may have the cognitive and physical pieces that would permit them to move, but they are stuck in a pattern.

Looking at pieces of the child in isolation makes it very difficult at best to determine what is a reflection of the child being stuck in a pattern vs. what can, could, and should be. The perception of what can be is then easily limited to what has been, and doors are closed not based on the innate potential of the child, but rather on what patterns have been and are in place.

If, however, we view the “whole child,” the gestalt of the child, we can then see what could be and what pieces need to be put together to break the habits or patterns and move forward.

For example, one vital piece of the “whole child” is cognitive function. If we have understanding, auditory sequential processing, that says the child mentally has the ability to use language functionally and put two or three words together, as well as adequate oral motor skills for speech, but they only use a few words, then we know we have a child who today could be speaking much more, if not for being stuck in a pattern. If, however, we have the cognition, but not the needed oral motor function, then we know we need to work on the oral motor function hard, as well as working behaviorally to create the internal need to communicate. Conversely, if the child has sufficient oral motor function, but not the cognitive function, then the primary focus becomes the cognition.

Looking at a child as their isolated pieces and not understanding their patterns and habits can produce misdirected efforts and priorities, and more often than not turn the focus toward alternatives that lead to poor, low, or limited expectations that can negatively impact the child’s ultimate potential.

Not understanding the “whole child” or the impact of patterns can lead to pursuit of poor alternatives. For the child with limited language, the alternative may be an augmentative communication device that for the vast majority of children fails. If full mobility is deemed to be improbable, then putting the necessary developmental pieces together gets scrapped, and the therapy gets directed toward a child who will spend the rest of their life in a wheelchair. Or a child with unresolved behavior issues ends up being medicated, rather than having his pieces put together and patterns broken.

Habits and patterns impact all of our lives. For our children with developmental problems, these habits and patterns, both theirs and ours, can have devastating consequences. Every child needs to be viewed through the lens of the “whole child” and seen as a creature of habit if we are going to begin to provide them with a real opportunity to realize their innate potential.

Lack of function needs not and should not be viewed as a prognosis or predictor of potential.

Reprinted by permission of The NACD Foundation, Volume 34 No.5, 2021 ©NACD