This month’s brag is dedicated to a family that I am so very proud of. When first coming to NACD, this young lad had quite a few challenges and because of those challenges, the family was having a pretty rough time. Putting the pieces together for Noah took a lot of work and dedication from his family and especially Mom. We have worked together through many rough spots including debilitating sensory addictions and obsessions, processing deficits, staying “present”, changes in school situations, and behavioral challenges. As time has progressed, program has evolved, and Noah has developed more and more of his true potential. His last evaluation was like getting to “exhale” a bit as Mom and I talked about all of the positive areas of his life. Noah is happy, more focused, accelerated in both his processing skills and academics, and on the road to becoming more and more of the wonderful young man his parents knew he could become. Rather than me going on with more details, I am letting the Mama that has worked so hard with her son fill you in on Noah’s journey with NACD. 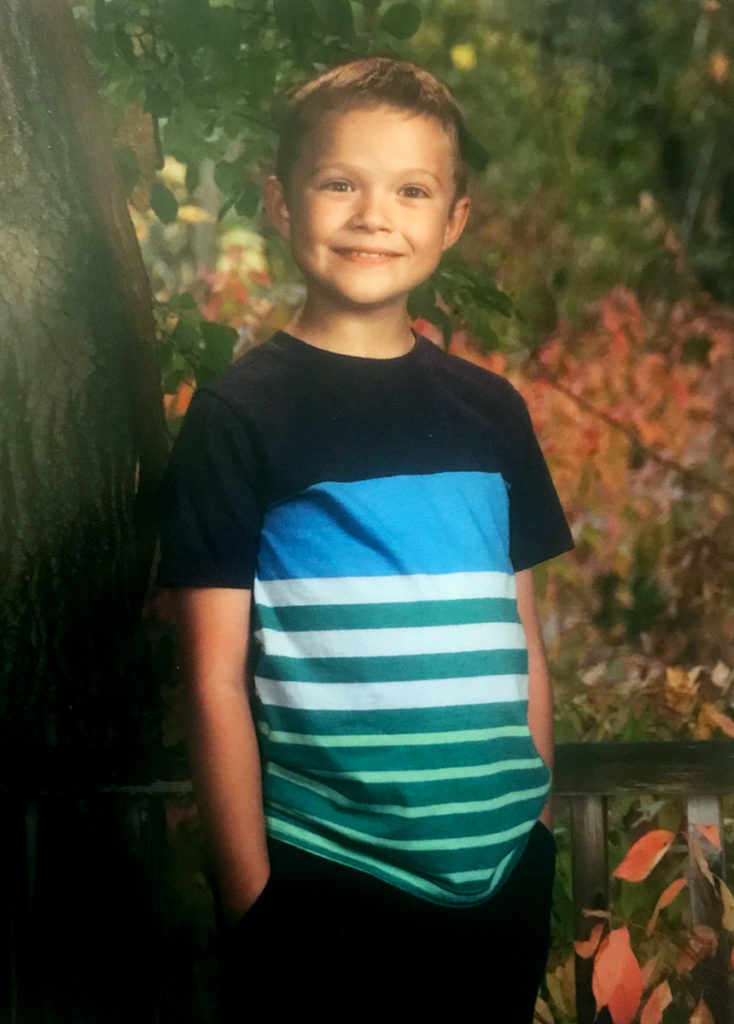 When Noah was two years old, he was not very verbal. He used sign language to communicate his needs and wants but spoke very little. We simply thought it was a speech delay and received speech resources through our city’s Early Intervention Program. He regularly threw fits, but we just thought this was typical toddler behavior. However, once Noah turned three other issues started manifesting. He became obsessive-compulsive and would only play with the same toy over and over and would have a fit if anyone else played with it. His parallel play with other children and had little to no interaction with them or any desire to. He had triggers and if those occurred, his fits would last for hours, sometimes all day. He was minimally engaged in his environment and only seemed interested in TV. Potty training was a real challenge and we saw little progress in this area. We began looking for resources to address his needs. We went through numerous therapists (speech, OT, PT, etc.), pediatricians, professions, and holistic doctors. We did blood tests, gastrointestinal exams, metals testing, tried different vitamins and minerals, attempted various diets, tried different school programs and read multiple books trying to find a way to help our precious boy. Most specialists were impatient and quick to label him after meeting with or assessing him for a brief time. Most wanted to diagnose him with autism and presented it in such a way that if they could diagnose him as autistic he could qualify for more resources. After doing extensive research we never had peace about this diagnosis. Noah just didn’t fit. We didn’t want him to be labeled. We did not want him to be limited and told what he was and was not capable of. Most evaluations didn’t capture what I saw day in and day out. Each physician and therapist presented themselves as the expert not listening to what we had to say as his parents. By the time Noah was five I was frustrated, overwhelmed, scared and at a complete loss on how to help our son. After a particularly hard morning with Noah I was at the grocery store and ran into a friend. I knew her story. Her son was autistic, and I knew she was like me, driven to help him. When I saw her, I broke down and started to cry. I was exhausted and hopeless, and I told her I was lost, I didn’t know how to help him. She recommended NACD. She told me how much they had helped her and her son and recommended I look into it. I started researching it that day. I listened to the six-hour seminar and applied. I went through the interview process and we finally got our first appointment set up. We drove to Dallas to meet with Lyn. She took Noah into her office and evaluated him for about 30 to 45 minutes. After the evaluation Lyn met with us. She explained what she observed and even predicted what we were seeing at home, and she was correct! She explained the reasons Noah was demonstrating certain behaviors. She explained NACD believes the parent is the expert on their child and that NACD helps the parent help their child. She reinforced what the seminar said; they do not label and that NACD believes EVERY child has innate potential and NACDs goal was to partner with us to help Noah reach that potential. She explained every child is unique and no two children have the same program. It is specifically tailored to each child. How refreshing! Finally, someone who sees Noah for who he really is! Noah was in kindergarten by this time, so we did program early in the morning before he went to school. I had a three-year-old and a new baby at home, so I wasn’t confident I could homeschool. I finally arranged with the school to allow Noah to arrive later in the morning, so we had more time to complete program. By first grade it was apparent Noah was not thriving in the school setting. Since Noah’s main struggle was engagement, Lyn explained if we did program for two hours each morning but then he spent the rest of the day checked out, being unengaged would become easier and easier for him. We unenrolled him and began homeschooling. Our goal was to keep him 100% engaged to the best of our ability. That became a constant focus for us and still is. It is a challenge, having two younger kids, but we never lose sight of that goal.

From day one this journey hasn’t been easy! Each day brings new and different challenges. Noah’s program must be a constant priority for our family for it to get done and sometimes other things get put on hold, but it is worth it. Noah is almost ten and is thriving. God has truly blessed our efforts and persistence. Noah is more engaged, very high functioning, relates to his family and friends better, enjoys going to specials (i.e. PE, music, art,) at school with his friends, is independent and does numerous chores, makes himself meals, is responsible for his personal hygiene, is involved in Martial Arts and he is learning how to play piano. He is compassionate, sensitive, kind, smart, energetic, loves to laugh, loves the Lord, and is fun to be around. We still have a long way to go but we are confident we are on the right path. Lyn and Jennifer are always there when needed and I am so thankful for each of them. They are present to help us adjust when new concerns arise with Noah, but they are also available when I am struggling to keep going. When it just seems too hard, I reach out to them and they are there to encourage me and give guidance. A couple years ago we moved to open a family business. We moved further from Lyn. We now fly to see her vs drive, but we had to keep her. She understands us! She understands Noah and sees all the good in him. She understands me and our family dynamic. I truly have no words for my gratitude for NACD, Lyn and Jennifer, and to the Lord for His provision.