by Joanna May, as told to Iliana Clift 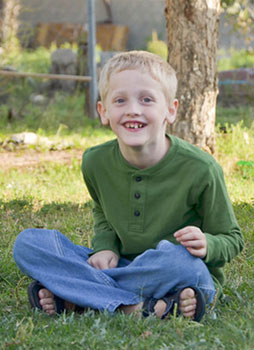 This was my reality.

My son screamed incessantly, hid under the kitchen table, refusing to come out for an inordinate amount of time; played for hours with spinning wheels, or stared dreamily as “Dora the Explorer” and “Thomas the Tank Engine” flickered on the television screen yet again and again. But it was the unpredictable, heart-wrenching shrieking over the gentlest touch that tested my sanity the most. My adorable little boy’s body was present; Darren was not.

The services from our state’s early intervention program seemed to make no difference. The speech therapist built towers with blocks, talked to him, and did all the things we were already trying, yet could not get Darren to interact with her. Seeing no progress at all, no sparkle of hope, when Darren was 2 ½, I decided to try NACD.

Honestly, for a long time I didn’t implement some NACD suggestions—I didn’t have the heart to take Darren’s trains away, for example. (That was the only thing that kept him quiet, plus I couldn’t see how removing them would make any difference.) I argued with Lyn, the NACD evaluator, and I fought with myself, not knowing what I should do. Finally, when Darren was about four, I agreed to an experiment and committed to at least three months of implementing the NACD program with exactness, including removing the stims.

The detox period was pure hell that I wish for no one. After I took away anything that he could possibly use to stim, Darren lay on the floor screaming. If he wasn’t vociferously howling, he was just plain miserable. Lyn had been right—allowing Darren to stim was like handing him a bag of cocaine; he was addicted to the wheels, and the more he stimmed, the more he needed the “fix.” This sensory play, this DSA (Debilitating Sensory Addiction) was giving him a momentary sense of pleasure, yet was seriously hindering his development. 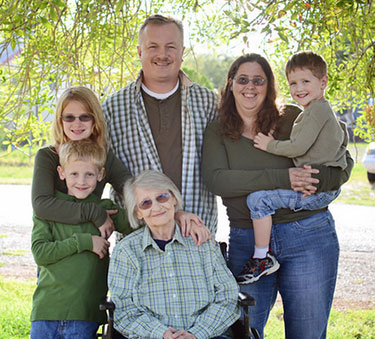 After two weeks Darren woke up a different kid, really. He was speaking in sentences, whereas prior to that he was using just a few single words. Unquestionably, removing the stims laid the foundation for the enormous change to follow. His language exploded, and he was at last able to communicate. While we thought he was utterly unaware of his surroundings, he had been taking it all in—he just could not convey anything. He talked about events that had happened when he was younger, like the time he “got sick at the blue house,” which was actually a vacation home we had once rented in the mountains, and he really did get very sick while there. It was remarkable to see that Darren had been in there all along, locked up and lost, a prisoner in his own self. Now he could clearly express what he liked, what he didn’t, and what had been bothering him, like the pain in his teeth that we didn’t know he felt or that popcorn for him was an “owie” food. With time he began hugging us, speaking with strangers, and functioning better in a classroom. The experiment had worked and Darren was finally here!

Instead, as a nine year-old in a regular classroom without an aide, his only exceptionality for special education services is speech and small group testing. He is performing ahead of grade level, enjoys age-appropriate activities, and has several close friends. If anyone sees Darren now, they think he is slightly immature, not that he was ever diagnosed in the severe autistic category. He is a sweet, good, regular kid. My goals for him have also changed. When he was little, I only wanted him to speak. Then, as he progressed, I hoped that maybe, eventually, he would have a part-time job while still living at home. Now, I see no limitations for my son. He will have the life he wants and can choose to do whatever he wants.