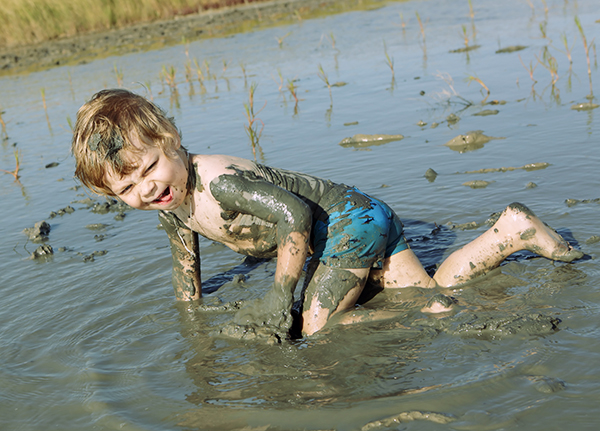 To understand why these children tend to get stuck, we need to understand how they think. Virtually all young children or low processing children are visualizers. This simply means that if you have low auditory processing and only have the means to think in a few words, that you rely on your ability to think in pictures to function. As they have said, a picture is worth a thousand words and for these children, more often than not, there are not enough words to change a picture.

Many things for young children are place and person specific. For example, my little 20-month-old granddaughter has different rituals and behavior patterns for most of the adults in her life and different rituals and patterns for these individuals in different environments. If I go over to my son’s house and pick up little Ari, she immediately reaches in my shirt pocket for my phone so that I will play some apps with her. She doesn’t do that with anyone else. However, when she comes to my house and I pick her up she is asking for my dogs or pointing to the pantry where the special Ari crackers are. These specific people and situational patterns exist for all of the adults in her life. Most of these patterns got started with a single event, an event that created a mental picture of that certain person in that certain place. As soon as she sees that person in that place, it triggers the visual memory and pattern of what is expected. A child’s ability to modify the picture and to not get upset about a change is generally related to their auditory processing and their ability to think their way out of a pattern and get unstuck.

For many behavior patterns, particularly for low auditory processing children, you can only change the behavior pattern by changing the picture. Issues around eating illustrate many different aspects of this.

Lets start by looking at children with a limited list of foods that they will eat. To some degree, what they want and what they refuse to eat is related to familiar tastes, textures, odors and cravings, but to a large extent it depends on the picture and pattern. If a child is given the same food or foods in the same form (pureed, mashed, small chunks, etc.) in a particular place such as their highchair in the kitchen, that creates a little mental video. The more times the event is replicated the stronger becomes the video. The stronger the video the stronger the behavior pattern and the more difficult it becomes for the child to accept something that doesn’t fit the picture. These pictures can quickly generalize, which means the pattern becomes strong enough that it continues in other places and if permitted to generalize to a second place its easier for it to generalize to a third and so on and so forth. However, often the way to change the video is to change the set. Many parents discover that their picky eaters will eat something at Grandma’s house that they won’t eat at home, or a restaurant, or a picnic, or a friend’s house—someplace with a different picture. A different person, even at home, can create a new picture.

The greater the variety of foods, food consistencies and places where a child eats and whom the child eats with, the easier it is to avoid negative patterns. If for example, Mom is the only one who feeds the child and Mom sings while feeding and the feeding is always in the same spot and the food is the same and the food looks the same and smells the same, you are well on the way to creating a very strong specific picture/video and pattern that is going to be very difficult to break.

The next piece of this puzzle involves children eating with parents or family and children being fed alone. If a child is fed alone, what is the picture that is being created? What the child does and doesn’t eat or do is the picture. It’s a really short movie without a lot of characters or sets. In my experience little children who have their highchair at the table and who eat with the family learn quickly to accept a much broader range of foods, consistencies of food and learn to finger feed and then eat with utensils much faster than children who are fed alone. What models, what pictures do children who are fed alone have other than the one they create? A child eating with the family sees what everyone else is eating and how they are eating and smells what they are eating and hopefully shares what they are eating. This creates a very different educational picture and generally a very different outcome.

For these young or low processing children to change a pattern when they become stuck requires changing the picture.

Many of our families doing NACD TDI programs are working on improving their child’s processing ability with the understanding that with increased processing power comes higher receptive and expressive language, level of cognition, maturity, problem solving, etc. Essentially the child becomes more educable and easier to work with and live with. It’s a bit ironic that for these young or low processing children the thing that is going to help move then forward is one of the more difficult things to change, because we need to change the picture or motivate the child to move beyond their comfort level and change their own picture or behavior pattern. For example, if your child can do an auditory object sequence of 3 (they listen to you say the names of three objects and they then repeat the sequence) and has been at that level for a long time, you very possibly are having a hard time breaking that pattern and getting to a four. How do you get them unstuck?

Breaking a pattern and getting them unstuck requires creating a new picture. Perhaps a new place or new people will work. If that doesn’t work, you need a different strategy. Understanding that if their picture is them doing a 3, the odds are pretty good that as soon as you say a fourth number you have broken the picture and they have shut down. Hear a 4 and shut down—broken pattern, broken picture. One of the things we encourage parents to do in general to partially avoid this issue, is to give the child a variety of different levels of sequences to avoid creating too strong a pattern or picture. Rather than saying a lot of 3’s and trying to throw in a 4, you give them a 2, then a 3 then a 4, a 3 a 4 a 2, etc. We are hopefully having the child be successful (an important part of the script) and we are avoiding establishing a strong pattern of 3’s (trying to keep it off the script). Once a pattern has been established, or if we need to ease into a higher level, we can make the transition easier by doing what we call bridging. Bridging is done by cheating a bit. Rather than giving the child a real 4, which is four words said in the same tone at one second intervals, we cheat by either repeating the third word (cat, monkey, horse, horse) or we chunk (cat, monkey—horse, dog) by chunking the first two words by saying them together then a space and another chunk of two words. After we are successful at bridging 4’s, we add some legitimate 4’s. We are slowly changing the pattern and the picture in small increments.

Another way to get unstuck is to add some intensity. You might want to exchange the word intensity with reward to understand this unstuck procedure. Rewards can add sufficient intensity to move a child forward. A child gets stuck because it works for them. Having things stay in a familiar pattern keeps the child in their comfort zone and every time an event fits their picture, they get a little endorphin rush and take another step toward becoming addicted to the pattern and the outcome. So, if maintaining the picture is in the child’s best interests and has them stuck, we often need to provide something stronger that is in the child’s better interests. The stronger the pattern to be broken, the bigger the carrot needs to be to get them unstuck.

Having watched thousands of people do activities like processing, sadly its often difficult to tell from the reaction the child gets as to whether the child got a sequence correct or not. Often the result of getting one right is the honor to do another and another. It is surprising how often there is no feedback whatsoever. The quality and specificity of the feedback is really important and if you are trying to get unstuck, look for really big rewards to change the picture. “Give me just one 4 and we’ll get a pizza!” When they get the 4 and the family immediately goes and gets a pizza, guess what that creates? A new and better picture. You can screw this up by not changing the new picture really fast. If you did this a few days in a row and Johnny got a pizza for every 4, guess what? You have created an amazing pizza video—could be a tough one to delete. So, you use the big gun to break the old picture and then you lower the power and use sustainable rewards. But, if you get stuck again when you are going for the fives, change the picture and bring out the pizza.

So, we have a number of tools to get us unstuck, we can get unstuck by creating new pictures by doing things in new places, with new people, in new different ways and with strong rewards. What else? How about new videos to replace old videos?

We have been having parents create therapeutic videos for many decades. Often the best way to put a picture into a child’s mind is with a picture. We have used therapeutic videos to show a child how to do everything from produce a “B” sound to how to make their bed, to modeling getting a 4 and seeing someone get rewarded for it, to putting down a toilet seat. Not too tough and the child is much better for watching and learning from new therapeutic videos than watching that YouTube video for the thousandth time.

If you don’t like the picture give your child a new one.