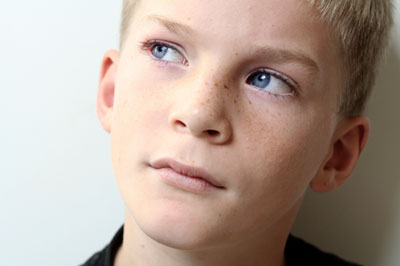 Bob Doman has been working with autism since the late 1960’s and was part of the team that first discovered the connection between sensory dysfunction and autism. Bob has been instrumental in establishing the foundation for today’s understanding of neurodevelopment and those within the autism spectrum.

Understanding and remediating neurodevelopmental issues of those within the autism spectrum is critical if we are going to provide these individuals with an opportunity to overcome their debilitating developmental issues and to function within “typical” or “normal” limits. The underlying neurodevelopmental issues associated with autism are often not addressed. And when they are addressed, it is often only in part or with inadequate or inappropriate interventions. A thorough understanding of all of the related pieces is necessary if a comprehensive and effective strategy is to be created and implemented.

Most neurodevelopmental issues will not simply go away. Teaching new skills or utilizing aggressive medical or nutritional intervention without addressing the underlying issues may change some function; but if the neurodevelopmental foundation is not established, results are going to be limited at best. And sadly, some of the more aggressive treatments may actually be harmful and cause regression. The predominant view that most children within the spectrum have only limited potential and cannot overcome their issues reflects the overall misunderstanding of the problem. There is a lack of attention to the uniqueness of each individual and a general misperception that we are dealing with a specific disease that will ultimately be cured or eradicated through pharmaceutical or medical intervention. Autism is not polio or chickenpox; you can’t catch it. It is neurologically based, regardless of the initial cause. I am sure we will ultimately see that there are many causes, and like other developmental problems, that there is neither a single cause nor a single solution. The disease model is leading many parents, researchers, and practitioners in the wrong direction. Those within the spectrum are unique individuals, each with their own set of issues and underlying problems, who should not be perceived as having a disease. Those who are and were within the spectrum cover a broad range of ability and disability. Included within the autism spectrum are those who have been “cured,” who are no longer identifiable as having a problem, to savants such as “The Rainman,” Kim Peek, or Daniel Tammet, to those individuals who are so involved and dysfunctional that they cannot be safely maintained in anything other than a very protected, restrictive, and controlled environment.

Discovering, understanding, and learning how to address the unique underlying neurodevelopmental issues has been an effort of a lifetime and a dynamic process. Each insight opens more doors, assists in the understanding of these unique minds, and leads to better results.

Although each child is unique, we have discovered some neurodevelopmental issues that are expressed in varying degrees in virtually every individual on the spectrum. Successful intervention necessitates an understanding of and attention to these fairly universal neurodevelopmental components, including:

Neurology and physiology are interrelated. That which is impacting the child’s physical function impacts their neurological function. Most children on the spectrum are extremely physiologically sensitive. Diets, medications, supplements, and interventions need to be applied with a gentle scientific hand, measuring and evaluating the effects of each specific component with an understanding that generally many interrelated aspects of physiological function are involved. Aggressive intervention often creates another problem. Also, as the neurological function and efficiency improves, so does the physiology–the child becomes healthier and less physiologically sensitive. Intervention needs to by applied gently, with the goal of producing overall health and wellness.

The brain develops if it receives specific, appropriate input through the sensory channels. Specific auditory, visual, and tactile input stimulates the brain and triggers neuro-growth that physically changes the brain and its function. This process is called neuroplasticity. In autism the primary issue is sensory dysfunction. The brain does not correctly process sensory input, thus interfering with the typical neurodevelopment and triggering what is now being referred to as negative plasticity. Function determines structure; how you use your brain determines how it develops. Normalization of all these sensory channels establishes the foundation upon which typical neurodevelopment can occur.

Abnormal sensory function coupled with low sequential processing generally leads to what I have coined as DSAs—Debilitating Sensory Addictions. Generally DSAs are referred to as “stims,” or self-stimulatory behaviors. The reality of DSAs is that the child is playing with what is improperly developed or “broken” in a sensory channel. For example, under-developed central vision and enhanced peripheral vision trigger DSAs that involve the child fixating on the movement or edges of objects. This behavior becomes additive, with the brain responding exactly as it does to a drug or any other addiction. It thus results in the creation of a more addictive brain, which further delays the development of the central vision, the component of our vision primarily responsible for learning, and focuses the brain on fulfilling the addiction. These DSAs often involve many, if not all, sensory channels; and they often dramatically disrupt and corrupt typical development.

Complexity of thought, conceptual thought, language, and global neurological and developmental maturity are critically linked. For those within the spectrum, the developmental delay produced from the sensory dysfunction creates both neurodevelopmental delay and an imbalance affecting these critical functions. The delay is in the development of sequential processing. Sequential processing is the ability to take in a series or sequence of auditory or visual information and to then hold those pieces together and manipulate them. This ability is that which permits us to learn and think. The primary global neurodevelopmental difference between a typical child of one, two, three, four, or five years of age is the difference between their abilities to process information sequentially. Delaying the development of sequential processing delays critical aspects of the child’s total development. Delays in auditory and language development create an imbalance between the ability to think in pictures (i.e. visualization–typically very strong in those with autism) and the ability to think in words (i.e. conceptualization–generally significantly delayed in this population). This imbalance, if not addressed, can and often does have a devastating effect on the ability to process, understand, and utilize language, as well as the ability to think conceptually, thus impacting global function.

A comprehensive treatment regime for children with autism and those on the spectrum involves creating specific neurodevelopmental programs for each child. These programs and treatment protocols must address health and wellness, sensory issues (visual, tactile, auditory, olfactory and taste), processing problems (auditory and visual), lack of development of and imbalance in visualization and conceptualization, fine and gross motor function, cognitive and academic function, and speech and language, as well as behavioral and social issues. We tackle these issues by designing a very child-specific, holistic, coordinated Targeted Developmental Intervention (TDI)® program. A TDI program is created after we thoroughly review the child’s history and conduct an in-depth developmental and educational assessment.

The work we do at NACD with children with autism has changed the previous notions that they are unable to progress and learn, or that the only effective treatments are behavior modification programs and skill-based training programs. NACD does not see children on the autism spectrum as being unreachable. We respect them for who they are and believe that they, like any child, are capable of attaining their innate potential and that they deserve the opportunity to do so.