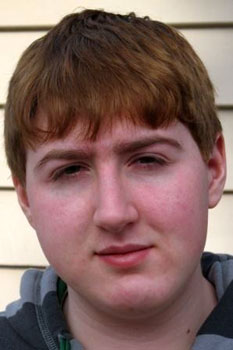 Aldous Huxley’s Brave New World presents itself as a story of the clash of two different worlds. The book uses this conflict as a medium in which to discuss our cultural perceptions. In the modern world of Brave New World, the idea of happiness is defined as living a socially acceptable life. Since the government has shaped the idea of a socially acceptable life into a way of living that causes the least amount of problems for itself, it effectively controls the lives of all of its citizens. The government protects its citizens from conflict of any kind, keeping the people in a state of prolonged infanthood. This allows the people to be easily influenced.

The constant state of so-called happiness keeps the population in check by dissuading them from any sort of protest. People don’t look for anything more in life because they believe that their lives are already as good as they are going to get. The character Mustapha Mond tells John and Bernard that you can either choose happiness or truth. This statement sums up the governmental view of the false happiness shared by most people in Brave New World: a necessary evil. It is acknowledged as false, but keeping the population in a state of repression is thought to be required to maintain order.

In Aldous Huxley’s Brave New World, the “civilized” world is often given a sort of alien separation from the world that we live in. When John asks a nurse whether there is any hope of Linda living through her current state of ill health, the given response is “No, of course there isn’t. When somebody’s sent here, there’s no…” (199). She is incapable of understanding John’s visible distress. “Why, whatever’s the matter? You’re not feeling ill, are you?” This encounter shows how in the modern societies of Brave New World, there is no compassion for dying individuals at all. Deaths are used as opportunities to train children designed to be morticians and undertakers to associate death with pleasure, by giving them chocolates and toys in the presence of the dead and dying.

A second quote may help explain why there is so little care for the sick and dying; when Bernard asks Lenina “Don’t you wish you were free, Lenina?” she replies “I don’t know what you mean. I am free. Free to have the most wonderful time. Everybody’s happy nowadays.”(91). Bernard’s exposing of the fact that the phrase “everyone’s happy nowadays” is repeated to children over and over from the age of five shows how little life is worth anymore. Lenina isn’t happy as we would define it; instead, she merely has been told that she is happy so many times that she associates her current condition of blind ignorance with happiness. Because no one has any desire to excel or behave in any way different from anyone else, no one stands out as important or memorable, or even anything other than just another person.

Meanwhile, even though the modern world has a disturbing pall cast over it, the “uncivilized” world is not much better off. A Native American boy on the savage reservation has volunteered to be ritually whipped, until “the boy staggered, and still without a sound, pitched forward onto his face.”(115). Both of these worlds are shown to be horrible, just in very different ways. While the world of the savage reservation bears more in resemblance to our own than the “civilized” world does, it still has disturbing elements.

Aldous Huxley wrote a paper critiquing George Orwell’s 1984, and found his own view of the future more plausible than Orwell’s totalitarian regime. I tend to agree with this view. Both books focus on a government that keeps its citizens stupid and attempts to control history, but the methods employed vary wildly. I find the idea of people agreeing to a stupid, happy pointless existence disturbingly true. However, the word “happy” has been twisted beyond all recognition. In today’s world, happiness has a different definition depending on who you ask. The idea of happiness no longer being a personal philosophy and simply being a government enforced institution may be a far cry from our current state, but Brave New World provides a valuable lesson as to why it is important for the world to stay that way.