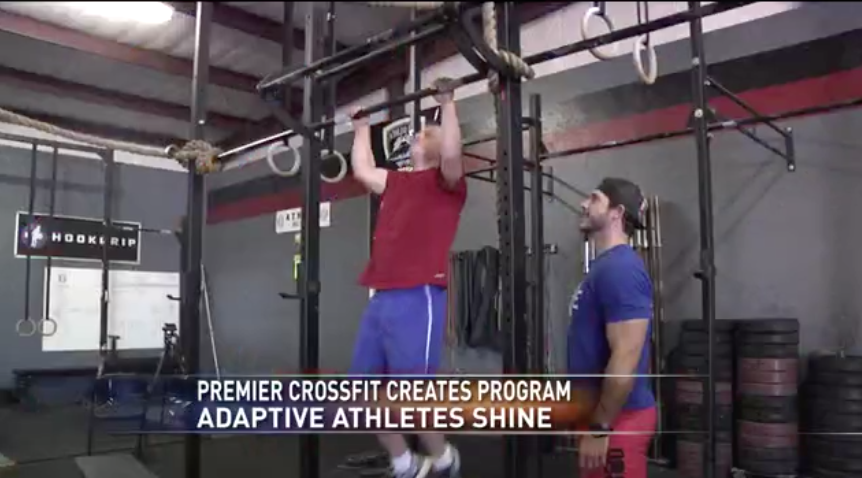 Today’s spotlight is on a fine young man who I have known since 1996. Yes, that is correct, 1996. I have been with NACD long enough now to have several adults that I have seen since they were infants, Nicolas Cooke being one of them. When I think of individuals that I have the greatest amount of admiration for, Nicolas is certainly on that list. Born with Down syndrome, Nicolas has been seeing us since he was an infant. Over the years I have been so proud of how he shines. Nicolas has developed into a wise, responsible, hardworking, strong young man of excellent character.

Nicolas has done very well in developing physical excellence and participated in his first triathlon at age eight. Nicolas’s mom, Linda, is a swim coach, and knowing the importance of physical exercise, she had Nicolas swimming at an early age. I remember the two of us reminiscing that he went from crawling, creeping, and walking right into a child who could compete alongside typical peers in a triathlon. Today, at age 24, Nicolas is involved in bodybuilding and martial arts and has been featured in a piece by a local gym where he works out.

Nicolas is very active in his community and his church. He has participated in a theater group and is a favorite within the children’s ministry, where he dresses up like Shaggy Dog and teaches children about God. At church Nicolas not only works in the children’s ministry, but he is also on the worship team and can be caught from time to time playing his guitar. One of Nicolas’s additional stomping grounds is at a local horse barn where he works part time. Linda says that Nicolas is on quite a few “speed dials” when it comes to needing help with various projects. Each morning, while Mom works and coaches, Nicolas is very diligent in his responsibilities, cooking, cleaning the home and pool and focusing on his education. Nicolas also assists in caring for his invalid father who suffers from a debilitating, degenerative neurological disorder. Being the youngest of nine children, Nicolas now has eight nieces and nephews that he loves to read to, play with, and supervise.

Linda knew that working on appropriate behavior and manners and teaching him to have a strong work ethic were crucial in helping him to be a highly capable adult. She and I can look back on his “stubborn years,” being thankful that she always kept firm boundaries in preparing him to be an individual that other people would seek spending time with.

In talking one day with Linda, she commented on the fact that Nicolas can clean her house better than anyone she could ever hire. His attention to detail and making sure each and every job is well done is a real asset. At the time Mom said, “I bet he could even be hired out and do a better job than any other cleaning company,” and then her eyes lit up. At the next evaluation I was pleased to hear that Nicolas already had a few clients.

It is a pleasure to work with so many wonderful families through NACD; and I am so blessed to be able to follow a number of our NACD kids and watch them become such fabulous adults. Nicolas is a man who makes each and every life he touches that much better.