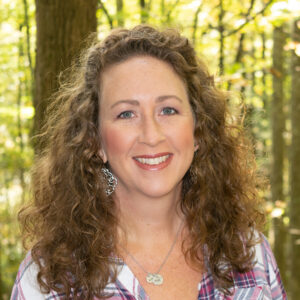 Melody first learned about NACD in 2008 after several years of trying to figure out why her then 5-year-old son, Grant, was severely delayed. He started showing signs of developmental delay at his 15-month check-up, which began a four-year journey going from one professional to another trying to find the help he needed. No one could explain why her son was delayed let alone describe what his future would look like. Melody and her husband were feeling rather hopeless having no answers. When he was 5 years old, he was evaluated by the local school district and was given a “mild to moderate cognitive impairment” diagnosis. At the time, Grant was completely non-verbal and severely delayed in fine and gross motor functions. He was very hyper-active and considered a flight risk. During his first NACD evaluation with Lyn Waldeck, Melody will never forget feeling hope for the first time. The focus was on “let’s see what Grant can do” instead of “what can’t Grant do” as had been the case with any professional prior to that first evaluation. Within the first several months of implementing program, Grant began to make real noticeable progress. His progress continued to snowball, and today, he is no longer non-verbal, is reading, and doing upper elementary level math. He is well mannered, conversational, a joy to be around, and lives life to the fullest.

Melody has a daughter, Kate, who has also benefited from being on program. While considered neuro-typical, she has struggled with speech articulation. While being on program Kate has flourished in overcoming her challenges in speech. Additionally, she has benefited from growing up the “NACD way” where she loves learning and isn’t intimidated by learning new things.

After homeschooling for twelve years, her children are now in public high school. With newfound time on her hands, she pursued her Bachelor’s in Educational Studies. She is absolutely thrilled to be a program coach for NACD families. For years her heart has been for supporting and encouraging special needs families. Now, she is living her dream working for NACD as program coach where she is supporting and encouraging families who are walking similar roads as she has. Melody lives in the piney woods of East Texas with her husband, Joel, and their two children, Grant and Kate. She has taught piano lessons for twenty-five years. She enjoys crafting, gardening, and playing games with her family. She loves to travel any opportunity she gets.