You may have read earlier about Shauya Mehotra and his art in our newsletter. The latest feat for Shaurya is that he is driving a car! He may have Down syndrome, but he doesn’t let it stand in his way. From the clutch and the accelerator to the steering wheel, he is working the whole shebang. As careful as he is, he often has to be prompted to go faster and hits on the brakes immediately when he sees the car accelerate too much. He prefers the meatier CRV to his mini. His aspirations for his own car have accelerated as well. From the modest Honda, he now aspires to drive a Lamborghini.

Click the video above to watch Shaurya demonstrate his driving skills!

He has been inquiring about prices and wanted to see where a Ferrari stands on his money line. Obviously we needed a new wall. His free time goes into the upkeep of his collection of luxury toy cars. The batteries get charged or replaced, the screws get tightened and all thekinks are smoothedout. I remember when he first enrolled in NACD that I was introduced to him as the person who would help him get a driver’s license. He is now simply smarter. He has kept his end of the bargain; now I have to work towards finding a way to get him a license.

The feat is not just his to claim. His parents have been the driving force through his life. Cars may be his passion, but Shaurya has many varied interests in which he is as proficient as one can be. He loves photography and pottery. Three of his sculptures were displayed with other upcoming and some renowned artists at the Gurgaon art festival. Not everybody made that cut, but Shaurya did! The otherwise shy Shaurya is a media magnet. He has been featured in the local newspapers and talked about on radio. He may be a party animal, but he is very serious when it comes to work. His handmade cards, gifts, and wine bags are slowing gaining popularity. He hasn’t just had the opportunity to learn but to teach as well. Twenty-two undergraduate students were impressed as he showed them how to emboss and create wonderful pieces of art.

Shaurya demonstrates his art skills for a group of college students 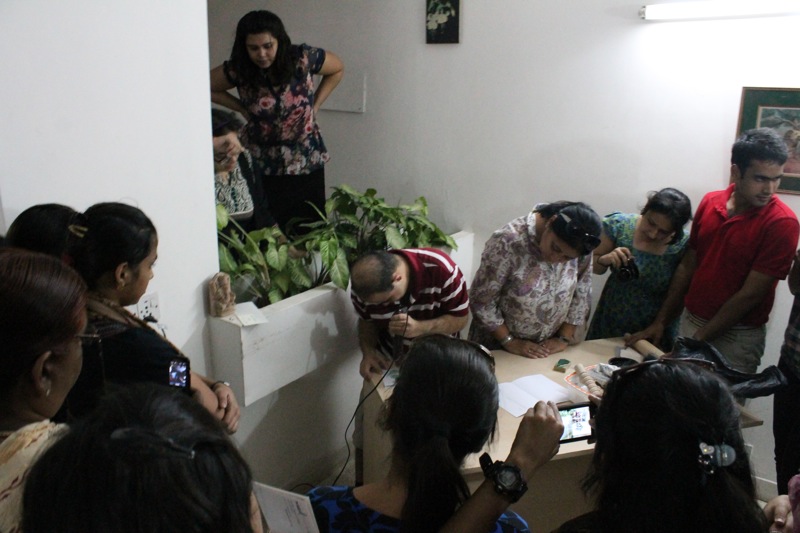 However we aren’t done yet. He aspires to live independently with a friend. He also aspires to earn and buy his own car. He aspires to be one up on me someday with his pranks. He knows I won’t be falling for them anytime soon. 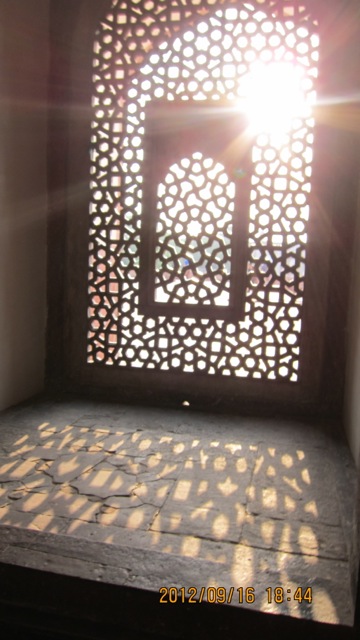 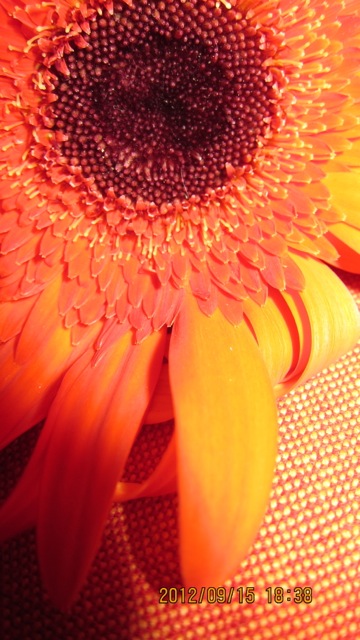