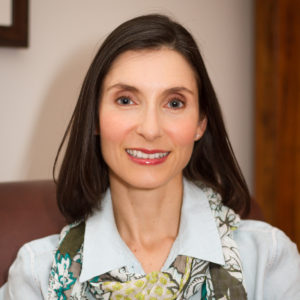 Sunette graduated as an Occupational Therapist from the University of the Orange Free State in South Africa as the valedictorian of her class.

Sunette’s life changed dramatically when she learned that her son Elliot would be born with a congenital heart defect. Sunette and her husband chose to give Elliot the best chance at life, which meant that he had to undergo three open-heart surgeries before the age of 2 years. Elliot was on Oxygen until he was 2 years and 2 months and was fed by G-tube until he was 3 years old. ‘Those first years were nothing but survival for our family. I quit work to do the best that I knew how to for my son, we moved to a bigger city to be closer to a hospital for all of our midnight emergency trips. I did not sleep much at all, trying just to keep Elliot’s oxygen saturations up, trying to keep him fed by G-tube without him retching uncontrollably with every feeding.’

Sunette continued to work with Elliot every moment that she could, and had traditional therapies in her home, seeing Elliot a couple times a week. Sunette continued to go to occupational therapy courses to help her learn how to help her son, but never felt that she was able to change the fundamental issues that Elliot had. ‘He was very hypersensitive to sound; he started wearing glasses at 7 months old. The optometrist increased his prescription every year, until at age 3 he was prescribed +8 lenses for both eyes. At this rate, Elliot would be legally blind in a few years! He was very weak and developmentally behind. He was smart as a whip however and had such a great personality… but we needed help.’

Sunette, Elliot and the rest of the family has been working hard ever since. Elliot has made great strides of progress. He is not wearing his glasses anymore and although his vision is not perfect yet, he is seeing much better and his auditory sensitivity has greatly improved. He is ahead of his peers in reading and math and is eating well. His cardiologist is also very satisfied with Elliot’s health. Elliot also loves to play the piano and is currently a Lego fanatic.

In 2012 we were again blessed with a beautiful baby girl. Madeleine loves the music activities on her program and she is a source of great joy to the whole family.

Sunette realized that the progress that was taking place in Elliot was due to the specific input that he received by doing the NACD program 5 days a week. She wanted to help other families see the same progress in their children, and wanted to help other children succeed and reach their potential. Sunette decided to pursue her dream of becoming a NACD evaluator and coach.

“I truly believe the NACD offers the best and most effective therapy that is available and I feel very privileged and honored to be able to study under and work with the leaders in the field.”