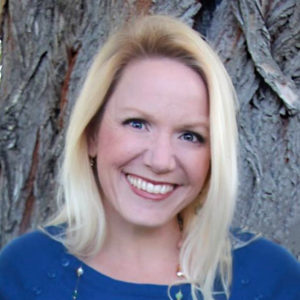 When Sara Erling graduated with a B.S. in Psychology from Boise State University in May of 1998, her plans for continuing her education were firmly in place. She took the GRE and set a course for her Master’s program to begin the following year. Newly married, she set aside one year to settle in to married life and work “in the field” before continuing with school. She had no idea she was about to engage the education of a lifetime without setting foot on another University campus. A few months after graduating from BSU, Sara was referred for a job opening at the National Association of Child Development in Ogden, Utah. “I was drawn in right away,” she says, “not only by the prospect of working with children with all kinds of different issues, but also because of the emphasis on parent involvement.”

Having researched and written her senior thesis on the effectiveness of Big Brothers/Big Sisters and similar programs that provide mentors for children with special needs, Sara had first-hand experience with children suffering from little or no parental involvement. “I worked closely for a year with a young boy, Nathan – a special needs child who had no parents in the picture. The school was all he had, and I was his ‘big sister’. I felt I made a difference in Nathan’s life, but it was a heart-wrenching experience. When I saw the NACD materials emphasizing the importance of parents taking primary responsibility, I knew I wanted to work with kids whose parents were dedicated to helping them reach their potential.“

Sara began with NACD as a Program Teacher (prior to the current practice of recording program instructions on DVD), and also provided parent support services. Her first year included intensive training that prepared her to begin conducting evaluations for Level I clients. She began to travel extensively for NACD, conducting evaluations in NACD chapters around the nation while taking every opportunity to sit in on evaluations conducted by NACD’s Founder Bob Doman. “I learned more from being mentored by Bob Doman in that first year (and continue to learn every year) than I ever would in a Master’s program. I continue to learn constantly, not just from Bob but also from the other people I work with, Dr. Neil, and the parents and kids.“

Sara continued conducting NACD evaluations around the country from 1998 until 2003, when her first son was born. When her second son followed soon after, Sara stopped traveling completely, shifting her focus to the Home Office in Ogden, UT, where she now manages Parent Support Services and conducts Program Reviews via telephone and email. As one of NACD’s most experienced Neurodevelopmentalists, she also provides evaluations for clients seen in the Ogden office.

Sara enjoys being part of the team of staff in Ogden and around the country. “As evaluators, we are all trained the same way, we all work together. We are in constant communication with each other and with Bob Doman. We all have a quest for knowledge. We don’t know everything, obviously, but we are always searching to know everything. One of the things I have enjoyed so much about this organization is I am receiving constant education. “

When asked what she has learned from NACD that she couldn’t have learned from pursuing her University plans, Sara says, “I’ve learned how to look at a child globally. To look for an underlying cause, not just accept that this child has a label so cope with it. Bob has taught me to look for the reason, and how to address it. Then, I have seen the results – the changes that occur in the children between evaluations every three months. In college I learned a lot of theory, which I think is important. But actually getting in and doing the nitty gritty – sitting in and training with Bob Doman – nothing beats that!”

Sara continues to work full time from Ogden. Although she may eventually pursue an advanced degree in one of many fields that have captured her interest as a result of her ongoing training at NACD, she cannot imagine giving up her work with NACD completely – ever. “I’m an NACD lifer. I wouldn’t want to do anything else. I know I’m working for an organization that makes a difference.”