So You Developed a Skill (So What?) - NACD International | The National Association for Child Development

Home / Newsletter Articles / So You Developed a Skill (So What?) 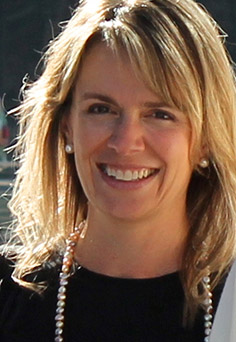 The bottom line: Isolated skills are pretty worthless. They only have meaning if they are put into a context of functional activity.

That’s the message I wanted to get across. That’s it. I’m not much on elaboration, so if you “get it” already, you don’t need to read on. End of article. But in the off chance you’re not sure what I mean, I’ll try to explain:

I learned to cook at an early age. I didn’t take cooking classes or have a private tutor. I didn’t even try to learn or know I was learning. I just hung out in the kitchen and watched my mom and talked with her while she cooked. Then when I was old enough, she’d let me grate the cheese or chop the onions. Then at some point—I don’t know when, exactly; it was a gradual evolution—I was cooking whole meals myself. Imagine if she simply taught me to grate cheese then sent me on my way. I think the outcome would have been different. (There aren’t a whole lot of dishes made from nothing but grated cheese.)

You probably already know how to cook, so I won’t extol the virtues of knowing how to make the things that go under the grated cheese. Or how to toast grated cheese just right when it’s on a baguette with a little basil and tomato. Instead, let’s talk about your child. Typically developing kids develop skills naturally—we don’t think about teaching them every isolated skill and then work on integrating those skills into life. It seems to just happen magically in the context of everyday activities and with the natural increase in expectation by the others in their environment. Typically developing babies don’t sit in an OT’s office, practicing their pincer grasp with therapy beads. We stick them in a high chair, scatter a few Cheerios on their tray, and let them go for it. And we expect that they will.

But it’s different for our not-developing-so-typically kids. Often we have to work very hard on building the very foundation of strength and tone before we can even think about teaching an isolated skill. Then we work even harder and even longer, with hours and hours of repetition, to teach that one little skill—pincer grasp or sequencing two items or taking first steps or making the /m/ sound. And we celebrate. And we shouldcelebrate because this is a big hurdle and a huge accomplishment. It’s the culmination of your hours of work, your perseverance, your refusal to throw in the towel. But what now? What does it mean? As isolated skills go—dare I say it after all that work you did?—so what?

Sitting in front of the full-length mirror and practicing having your child put his lips together and produce /m/ five times a day for a minute each time for six months is meaningless. It only has value if you then want him to say “mama” (to call you) and “mine” (because after all it was his toy that his sister took) and “moo” (because that’s what a cow says, of course). It is in the context of his language and communication that the isolated skill of being able to say /m/ becomes valuable.

And back to pincer grasp. Remember the old Doritos commercial about what would happen if we didn’t have opposable thumbs? (“No nachos!”) Teaching your child the isolated skill of touching his thumb and index finger together is only a valuable thing when he uses it—whether to pick up a nacho or Cheerio or turn a page or, eventually, learn to grip a pencil. Now, that is something.

So let’s go back to the typical kids for a minute. What was the reality behind the “magic” of natural development? : 1) everyday, functional activities that required the skill and 2) expectation on the part of others in the environment. You expect your child to learn to do these things; and that take-it-for-granted expectation naturally causes you to set up the environment so that it happens. You facilitate the development of those skills without really trying too hard or giving it much thought. (Ah, so it’s not magic after all?) And I think that’s where we drop the ball with our special needs kids. We forget the part about expecting them to use their new skill in functional contexts. We forget to simply expect it; and because we don’t assume they will and don’t recognize that they need to make this leap, we don’t think to create an environment that facilitates it, develops it, demands it.

In his article “Beyond Therapy,” Bob already covered the importance of using and integrating skills into chores and self-help and everyday activities. So rather than my rehashing it, just go back and re-read that article. But as your resident speech pathologist, I feel the need to harp a little more on speech and language skills in this regard.

Communication vs. Language vs. Oral Motor vs. Speech

Before I proceed, let’s get the terms straight so that we are all on the same page:

I think it goes without saying that any one isolated speech or oral motor skill isn’t very meaningful without working towards using it in a context for language/communication. Or, in the case of oral motor skills, being used for the purpose of eating. The whole point is that once a skill is developed, we have to be looking for ways to make it functional and useful and meaningful.

Language Therapy is What Happens All Day Long

I spend my days assessing kids and writing programs for their speech, oral motor, and language skills. As an NACD family, you may have a program from me. But if you are willing to be particularly thoughtful and clever, I now give you permission to scrap everything I told you to do. Delete the whole list. No longer sit at a table and go through word cards or practice lateralizing the tongue. Just live out your day always looking for opportunities to do these things as part of what you were going to do anyway. Because, after all, speech and language therapy should happen all day long.

Your child now wants to communicate, but they just don’t have the skills. Besides working on the foundations for language that you are addressing in your structured program (processing skills, language cards, etc.), all day every day is full of opportunities for you to do language therapy.

“The Research” doesn’t support oral motor exercises. If you are associated with NACD, you know that our parents don’t have time to sit around and wait the 20+ years that it takes “The Research” to catch up to what we are doing. So we’re not too worried about “The Research” when we know from years and years of watching something work that a research study said didn’t work. When it comes to addressing oral motor skills, I support both sides. Logic tells me that if a child doesn’t have the strength and coordination to chew and articulate, doing some exercises to increase those things will help. At the same time, if we stop with the isolated skill and don’t quickly move into applying it to speech production and/or eating, then the exercise was without merit. This is why I will never ask you to work on having your child stick his tongue straight out. There is nothing about eating or speech production that requires a hugely protruded tongue. But I will have you work on tongue lateralization. And when your child can lateralize his tongue, he should do that to clear food out of his cheek when he’s eating. And when he can lateralize his tongue, he’ll have the tongue/jaw dissociation required for producing different speech sounds. So are oral motor exercises valuable? They are if we make the skill applicable.

I’m not sure why “The Research” didn’t ever say that articulation therapy is useless. It really is unless it is used for functional communication. If you are working twice a day for one minute each time on putting the lips together to make a /b/ sound, that’s all fine and good. But then make sure you are looking for /b/ words all day long so that you can model that sound in the context of interaction and play and everyday activities. The hardest part about articulation therapy is generalizing the new skill to spontaneous speech. Start thinking about this early—look for every opportunity, not to nag your child about his incorrect production while he was telling you an important story, but for every opportunity to model good productions and point out words that occurred naturally that you are also working on in speech. That is why I like to put “functional words and phrases” as an activity on my clients’ programs. It’s perhaps the most important speech activity; and that’s because the idea is to take words that your child already says or needs to say and make those your therapy words. Improve articulation for real things that your child really will need to use.

There’s an App for That

That was a clever catch phrase that Apple came up with when iPhones were just becoming popular. And these days it does almost seem true. Whether you need to name the tune playing overhead in the mall or provide your child with an augmentative communication device, there’s an app for that. What isn’t there an app for?

I could go on and on with this list. Or I could sum it up by saying: There isn’t an app that is you. You are the one who will build your child’s language skills. You are the one who will help shape his faulty articulation into something accurate. You, you, you. Apps can provide some nifty tools, great materials, and some entertainment. But you still have to do the work, provide the feedback, and take the responsibility. If you are handing your child an iPad and going to cook dinner, don’t fool yourself. You didn’t just do program. You just kept your child busy for a few minutes so that you didn’t burn the chicken. (Unless he was doing the Cognition Coach Simply Smarter app, of course!) You have to be there, guiding, cueing, giving input. (For more on this particular soap box, please see previous article, “A Tool is Just That.”)
While iPads and other tablets can be great tools for all kinds of therapeutic activities, they don’t get your child to transfer their skill into functional activities. So use them, take advantage of them, don’t reinvent the wheel of endless flashcards, etc. when they all exist in that little electronic device; but then move on and find ways to put all of those “therapized” skills to use. Virtual “reality” will never take the place of living a real life.

To sum up, leveling the land, pouring the foundation, and building the frame would all be for nothing if you never finished the house and lived in it. So, yes, do the specific activities that work on the specific skills. And be enormously happy for each skill that comes. But don’t forget to keep your eye on the big picture, always looking for ways to make each and every skill a part of everyday, real life.