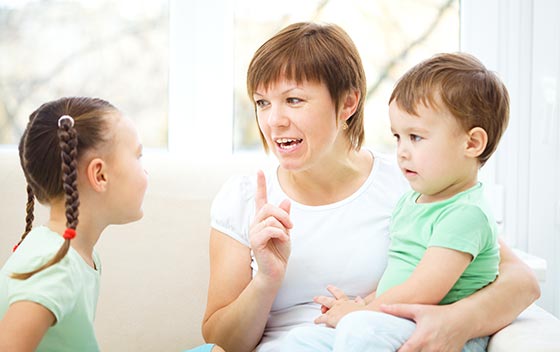 I just finished a novel, Yellow Birds, by Kevin Powers, a very well written, powerful book about the experience of a soldier participating in the war in Iraq. On the next to last page of the book there was a sentence that jumped out at me. The author, in reference to something that had been very significant to the character, wrote, “It reminded me of talking, how what is said is never quite what was thought, and what is heard is never quite what was said.” This statement really resonated with me. Our ability to use our working memory and think affects our ability to organize and vocalize our thoughts–to say what we think, just as the recipient’s processing determines his or her ability to actually process all the pieces and hear/understand what was said.

For young children and those with low auditory processing, the vocabulary and the number of words we use when speaking to them is tremendously important. When working 1:1 with a child we need to be cognizant of their processing ability and watch for, or ask for, confirmation that they understood. The lower the processing, the more the child is going to be looking for situational or visual cues in an attempt to understand what is going on and what is being said, often leading to less than great outcomes. Cross your arms, frown, and say to your child, “If you work really hard, then we will do something fun–shall we do that?” The mostly likely response is going to be “NO!” Most little children or children with low processing will not process all of the words, and even though you used the power word “fun,” they are unable to understand all the words and will rely on the visual cues, interpreting your positive statement as negative.

Many children go through a stage where their answer to everything is “No.” This usually occurs when the child really can’t process a lot of what you are saying, so they are playing it safe. “Do you want to go to bed?” “No.” “Lets go outside and play.” “No.”

So often parents and teachers are talking to themselves. Either the vocabulary is beyond the comprehension of the child, or the number of words and pieces are beyond the processing power of the child, or as is often the case, the child is reacting to the situation, the body language, the tone, or the expression, and perhaps processes a key word. Or the child has learned from experience that what is said is not significant or meaningful, not as much fun as the video they have running in their mind, or is said in such a way that they interpret it as just more “blah, blah, blah.”

One of my educational pet peeves has always been typical math instruction. For the most part math is one of those things that you really need to see, which needs to be graphically taught, so that you can literally get the picture. A few years back I had a young man come to me because he had failed an algebra course three times and it was preventing him from getting his Master’s degree. The day I saw him he had started the course for the fourth time. I wasn’t surprised to discover that his single greatest issue was poor auditory sequential processing. In that I didn’t have time to get this problem fixed before he was swallowed up again by the dreaded algebra, I made what sounded like a strange recommendation. I told him that we would work on his auditory issues, but since he had already started the course yet one more time that this time he shouldn’t go to class and should just study his textbook. After that he only went in to take exams and he finished with a B. If we listen to a teacher “teach” even basic addition to a group of first graders who on a good day can manipulate about three to four piece of auditory information in their working memory, we will hear the teacher use hundreds of words describing this simple process; and when they look back at the class full of blank faces, they throw in a few hundred more–just to make it clearer. The students can’t see the process because they are working so hard to make sense of what the teacher is saying. If the students, whether first graders or college students, can’t really process all of the words, the teachers are talking to themselves. And not only are they talking to themselves, but the students are not learning math; and the students are learning that they aren’t good at math and are learning to hate math. Helping these children learn to visualize better wouldn’t hurt either.

It should be noted that the children in the classroom with the poorer processing skills are most negatively impacted. Teachers out of necessity generally try to teach to the middle of the pack; those toward the bottom are in trouble. For many of our special needs children inclusion is a great thing, but it needs to happen in non-academic classes, lest we teach them to fail, tune out, and mentally just go away. For those with most learning and attention issues the classroom is more often than not problematic; but rather than focus on accommodations, let’s just address and fix the processing/working memory problem. The more significant a student’s issues, the greater the need for individualized (content fits/targets them) and individual (preferably 1:1) instruction.

Issues with saying what you mean and meaning what you say can go beyond processing issues. Communication is about more than words. When dealing with teens, I often encourage parents to actually text or email anything that is significant that they would like to communicate with their lovely child, even if it is something nice. “John, you need to be more responsible for your chores. You know that learning to be responsible is really important. Love you, Mom.” “Johnny, I am concerned about the tone I hear you use with your Mom, you know your mother is doing everything she can for you, please show her respect. You’re a better person than that. Love you, Dad.” If they read it, they might actually understand what you said because you have largely minimized their immediate negative emotional filter and because you will tend to use fewer words than if you confront them face-to-face. When reading your child can also process the pieces in chunks and process one chunk before reading and trying to process the next piece. Sadly, this strategy often works because your teens are often already so terribly negative and because so much of teens’ communication is limited to texts and tweets and phrases, incomplete sentences and thoughts, which not only are a reflection of their limited auditory processing, but is a significant reason for their lack of auditory sequential processing and impaired working memory. Communicate by using what works, but also understand the need to do things to build your child’s auditory and visual short-term and working memory.

On a related note, in defense of good literature and vocabulary, I really encourage parents to keep enriching their children’s vocabularies by paying attention to the quality and level of what they read to their children and what they have them read. The Classics are classic for a reason. Words and language provide the means with which we communicate well, dream well, and ultimately understand and think well.

If we all keep building our processing, we will all understand more, learn more, and communicate better.