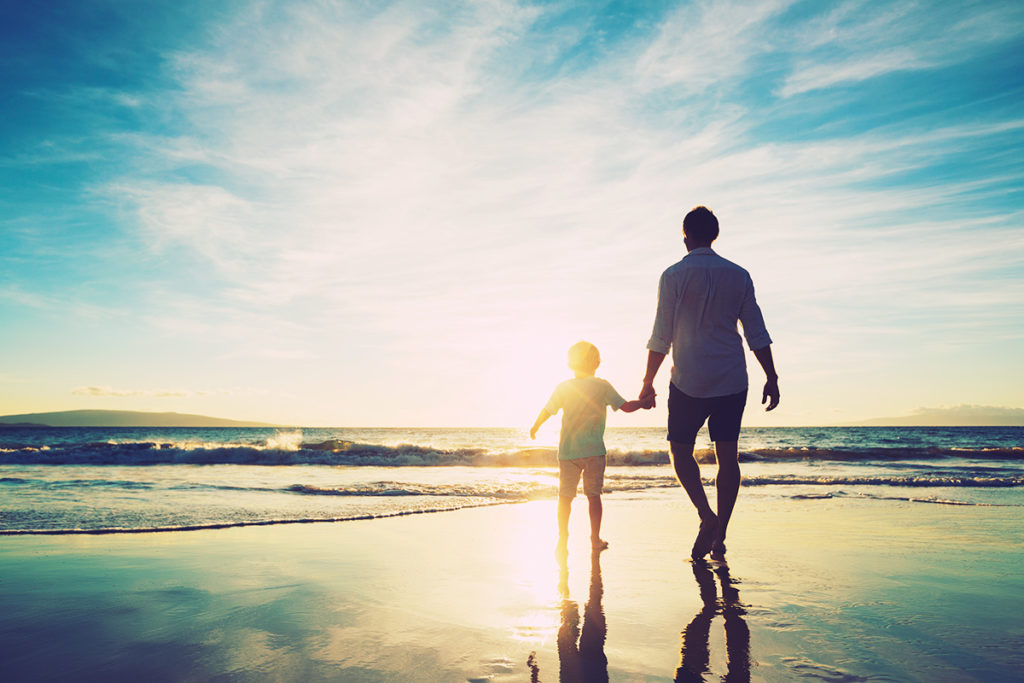 Understanding and remediating the neurodevelopmental issues of those within the autism spectrum is critical if we are going to provide these children and adults with an opportunity to overcome their issues and to function at higher, “normal,” or even “superior” levels. It is important to understand that most neurodevelopmental issues will not simply go away. Merely teaching new skills or applying aggressive medical or nutritional intervention without addressing the underlying neurodevelopmental issues may change some function; but if the neurodevelopmental foundation is not established, abnormal neural patterns and function are only going to perpetuate the underlying problems, and the results are going to be limited at best. The view held by many that children with Autism Spectrum Disorder (ASD) have only limited potential and cannot substantially overcome their issues reflects the overall misunderstanding of the problem. There is a lack of attention to the uniqueness of each individual and a general misperception that we are dealing with a specific disease, waiting for a pharmaceutical cure or single intervention or magic bullet. However autism is not polio or chickenpox; you can’t catch it. It is neurologically based, regardless of the initial cause or causes. I am sure we will ultimately see that there are many causes, and like other developmental problems, that there is neither a single cause, a single solution, nor any two children who have exactly the same issues. The disease model is leading many parents, researchers, and practitioners in the wrong direction. Those with ASD are unique individuals. Yes, there is some commonality; but each individual has their own set of issues and underlying problems and associated hierarchy of needs and should not be perceived as having a disease. Again, I believe there are many causes of ASD; but the perception of autism as a disease is counterproductive.

Those who have issues that place them within the autism spectrum are aptly identified as having a pervasive developmental disorder. “Pervasive” correctly implies a whole or inclusive developmental problem affecting most or all aspects of the child’s function. The implication of this perception is that truly successful intervention and remediation requires not only a gestalt, or global, perspective of the associated developmental issues, but also must serve as the basis for prioritizing and approaching the issues as hierarchical. As an example, some of the hierarchical foundations of language include hearing, auditory tonal processing, auditory figure-ground processing, auditory sequential processing, auditory short-term and working memory, conceptual thought, executive function, general neurological organization, knowledge/experience base and, of course, need. If we are to look at a really complex function, such as social interaction, we need to address a plethora of neurodevelopmental issues in a balanced, targeted hierarchy of neurodevelopmental pieces. Merely wanting to produce a function, or asking for a function without establishing the foundation, is grossly inadequate.

Although each child is unique, there are some neurodevelopmental issues that I believe are expressed in varying degrees in virtually every individual on the autism spectrum. Successful intervention necessitates an understanding of and attention to these fairly universal neurodevelopmental components and needs, including:

Interrelationship of Neurology and Physiology

That which impacts the child’s physical function impacts their neurological function. Most children with ASD are extremely physiologically sensitive. Diets, medications, supplements, and interventions need to be applied with a gentle scientific hand, measuring and evaluating the effects of each specific component with an understanding that generally many interrelated aspects of physiological function are involved. Aggressive intervention often interferes with efforts to trigger positive neuroplasticity, which creates additional problems. Also, as the neurological function improves, so does the physiology. The child becomes healthier and less physiologically sensitive. Intervention needs to be applied gently, with the goal of producing overall health and wellness.

I coined the term “DSA” a number of years ago in appreciation of what I realized was the developmentally negative and addictive nature of what are commonly called “stims” or “stimming.” Back in the early seventies we realized that the behaviors exhibited by many autistic children were very similar to what were called “blindisms” and “deafisms” in the blind and deaf communities. These ritualistic behaviors were simply the child playing with their underdeveloped or broken sensory channels. For the child with ASD, their stims, which can involve any of their sensory channels or combinations of channels, reinforce what is wrong with that channel and trigger what is called “negative neuroplasticity.” I include “debilitating” in the term because triggering negative neuroplasticity is in fact debilitating, and it impairs normal sensory function and development. It is addictive because the brain appears to react to such stimuli as it would any other addiction. The more you do it, the more you want and need it. Some DSAs are obvious, such as rocking or flapping the hands; many more are subtle and often ignored, such as watching the same video repetitively; but all are neurologically and developmentally harmful and debilitating. Remediation and intervention should include strategies to appropriately engage and redirect the child, while working to normalize the sensory channels and eliminate the addictions.

The brain develops based on the perception of the input it receives through the sensory channels. How we hear, see, feel, taste, and smell defines our world. All neurodevelopment is based upon brain plasticity. Simply stated, this means that all perceived input and brain activity affects, develops, and reinforces the wiring of the brain. Brain function is based on patterns and associations; specific sensory input, as it is perceived, stimulates the brain and triggers neural growth/connections/networks that physically change the brain and its function, whether for the good or bad. This process is called neuroplasticity. In ASD the foundational issue in the hierarchical list of concerns and treatment is normalizing sensory dysfunction. If the brain does not correctly process sensory input (thus interfering with the typical neurodevelopment and triggering what is now being referred to as negative plasticity), typical development goes awry. In the computer world they refer to “garbage in, garbage out.” Function determines structure; how you use your brain determines how it develops. Normalization of all these sensory channels establishes the foundation upon which neurodevelopment can occur. Most children with ASD have a variety of sensory issues affecting most, if not all, sensory channels. Normalization of sensory issues involves providing the child with very specific targeted interventions, creation of a controlled sensory environment, elimination of DSAs, and creation of activities that foster sensory normalization. An hour of appropriate sensory normalization therapy can be undone with five minutes of negative sensory immersion, whether self-initiated or environmentally based.

Development of the Foundation of Language, Thought, and Global Maturity

The components of the cognitive hierarchy, including sequential processing, short-term memory, working memory, complexity of thought, receptive and expressive language, conceptual thought, long-term memory, and global neurological and developmental maturity, are critically linked. For those with ASD, the issues produced from sensory dysfunction have a negative impact on this cognitive hierarchy that is in direct proportion to the degree of sensory dysfunction. Addressing and developing this cognitive hierarchy must be a focus of successful intervention.

Correcting Imbalances Between Visualization and Conceptualization

One of the more pervasive problems with those in the autism spectrum is the difficulty in being cognitively “present,” which is a reflection of the more significant underlying problem–poor conceptual thought and typically exceptional visualization. I use the term “conceptualization” to refer to thinking in words as opposed to pictures. The vast majority of autistic children are very strong visualizers and poor conceptualizers. This imbalance exists because the typical cognitive hierarchy gets obstructed. All children begin life without the ability to process language, and thus start off as visual learners and visual thinkers, or visualizers. In typical development, language processing starts kicking in within months, and the child generally develops a good balance between visualization (thinking in pictures) and conceptualization (thinking in words). Following this normal cognitive hierarchy produces an individual who can use both skills when and as needed. Disruption of this normal progression creates individuals who are too good at visualization, who do not process words well, who do not think in words well, and who therefore cannot use words well. They tend to go off into their own worlds, reliving videos or situations over and over, creating another form of perseverative DSA. One cannot develop typical language or social skills if one cannot adequately process language, understand concepts, and communicate. Remediating this imbalance necessitates the implementation of many targeted activities. It also requires that the parents understand those things that feed the visualization and perseverative DSAs, and that they apply the necessary environmental controls and restrictions.

Effective and efficient education and behavioral management require a thorough understanding of the child. To educate or simply manage a child with ASD, it is imperative that you first understand the uniqueness of the child, where they are on the cognitive hierarchy, how they process information, how they think, and what they know. Then based upon this collective perspective, a totally individualized educational and behavioral management program needs to be created.

A comprehensive and coordinated treatment approach for children with autism involves educating the parents and creating specific neurodevelopmental programs for each child. These programs and treatment protocols must address health and wellness, sensory issues (visual, tactile, auditory, olfactory, and taste), processing problems (auditory and visual), lack of development of and imbalance in visualization and conceptualization, fine and gross motor function, cognitive and academic function, and speech and language, as well as behavioral and social issues.

Children with ASD, like any children, are capable of attaining their innate potential, and they deserve the opportunity to do so. Successful intervention must address the uniqueness of each individual, each of their developmental areas and issues, and must include a large amount of parent education. Working together as a team, we can significantly change the lives of individuals with autism and their families.