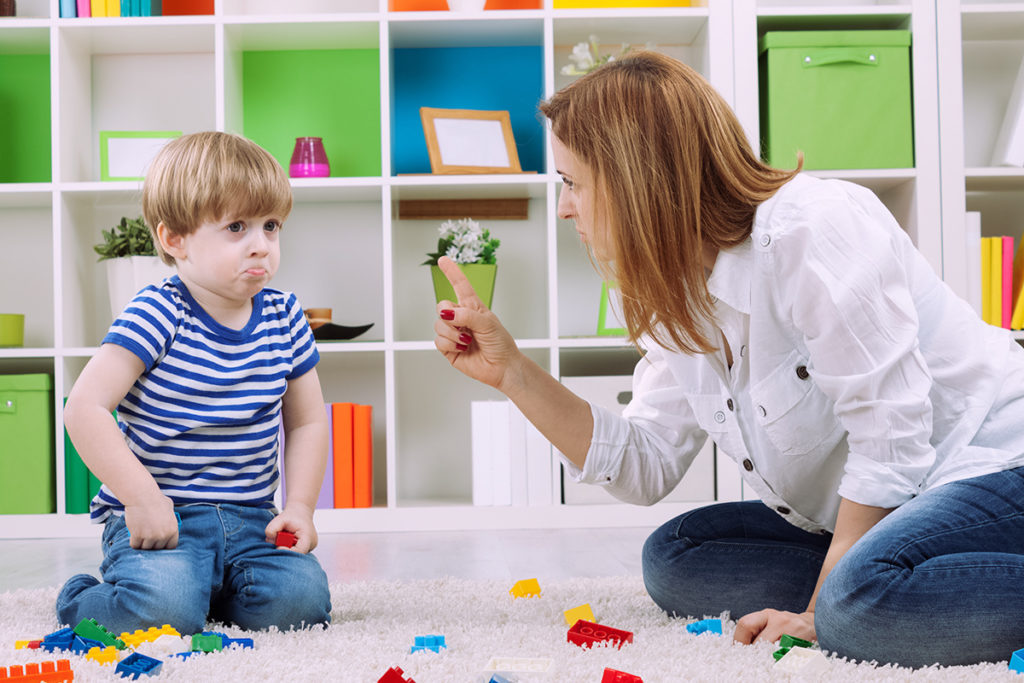 One of the most common words children hear is the word “no.” I have heard parents spew it out like bullets being fired from machine guns at the same frequency and with what often sounds like similar intent.

Working with parents and their children educationally and developmentally can be challenging, but not much makes this tougher than an out of control child or a child who just will not listen to their parents.

The vast majority of behavior/compliance issues revolve around the lack of parental credibility. How do parents lose credibility? The easiest and most common way parents lose their credibility is using the word “no” and not properly defining it.

How do you think most children, be they six months old or sixteen years old, define “no” as spoken by a parent? It could mean Mom or Dad is saying, “Stop it for now,” “I don’t like it,” or perhaps, “later,” or that it is just the noise that they make when they’re in a bad mood. It rarely is defined as, “Don’t do that! Period. As in, never!” The word “no” is defined for a child by the consequences, or lack of such, that follow its use. Imagine that two parents sitting and having a conversation while their children are bickering and arguing. The parents feel that it is their responsibility to stop or intervene in their children’s inappropriate behavior, so they interrupt their conversation every few seconds to say or yell, “No” or “Cut it out” or “If you don’t stop I’m going to….” Even if there is ultimately a consequence, which probably doesn’t happen because the kids just ultimately stop on their own accord and move on to something else, the consequence is non-effective. And, unfortunately, if there is a consequence, it is actually perceived by the child as being unfair. Why? Because, in a variety of ways you told your child “no” without an action or consequence. Each time you use “no” in one of its versions without a consequence, the children are defining it as essentially meaningless, so they perceive your ultimate response as unfair! You are not following the definition as you have actually defined the word for them. In reality their brains have interpreted your lack of reaction or consequence as the definition (you don’t like it, but so what; or you have been ignoring me and now I have your attention), and your inconsistent reaction does not fit the definition, and thus it’s unfair. And they are correct.

Never say “no”, unless you are going to physically stop the offending behavior or deliver a consequence.

In the previous example the parents would have been much better off and maintained some credibility if they had just simply ignored what the kids were doing. Or they could have said “no” once, as they intervened and/or provided some immediate consequence.

Many parents are on a quest to find bigger and better punishments because “nothing works.” The truth is that inconsistency doesn’t work. So the issue isn’t that you are using the wrong consequence. You simply are being inconsistent. Sadly, after you have successfully taught your children not to believe you and you have lost your credibility and have tried many different “unfair” consequences, you may need to use consistent, big consequences for them to understand that the game has changed. But if you need those big consequences, don’t blame the children; blame yourself.

Parents: If you are consistent, you don’t need Teddy Roosevelt’s proverbial “big stick.” Your consistency becomes that big stick. It is, however, a good idea to speak softly and let your actions, not your tone, define your meaning.