Feedback and Its Impact on Behavior, Learning, Development, and More – Part 4 - NACD International | The National Association for Child Development

Who Is Shaping Your Child’s Self Image and Impacting Their Future?

Something is wrong with me!

He’s smart—I must be great!

Mom likes me and loves me! 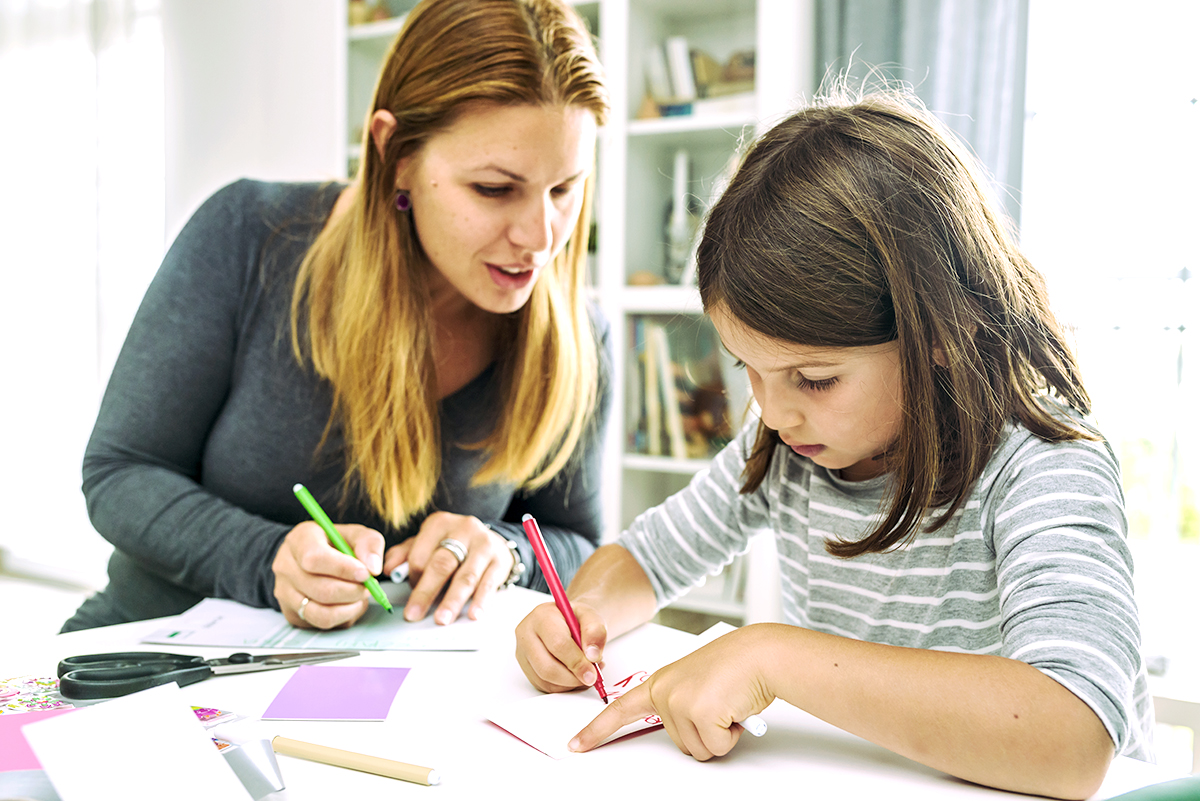 Everyone who comes in contact with our children has some influence on them. The more important the individual is perceived to be by the child, the more credibility and impact the individual has and the greater their influence.

I recall hearing the story about a seven-year-old girl who saw her teacher go into a restroom at school; she came home devastated. She had put her teacher on such a high pedestal that her teacher was perceived as virtually God-like, and as such she shouldn’t need to use a bathroom. Gods don’t poop and pee! If a child perceives a teacher or a coach or anyone in authority as special or important, anything and everything they say can have incredible impact.

In the past 50 years there has been a dramatic increase in the exposure of children to outside influences. Prior to the age of five, children used to be at home and were exposed to a very short list of individuals—family, family friends, and neighbors. Back then it was much easier to supervise and control the input and minimize negative input. Children today are put under the care of many people beyond the immediate family, often almost from birth. Our children are spending a significant part of their waking day under the “supervision” of daycare staff, teachers, aides, coaches, piano teachers, gymnastics teachers, ballet teachers, and on and on. All of these exposures have the potential to be positive and enriching; but the point is that even a single word or look from the “right” authority figure can have a huge impact on the developing child. And many children get a lot more than a single word or look, and, sadly, any child with any kind of developmental, behavioral, or learning issue is much more likely to receive even more negative input.

I recently saw a ten-year-old, Tim. Tim came to us with labels including Anxiety Disorder, OCD, ADHD, non-compliance, and just to add as many labels and as much baggage as possible, dysgraphia*. This boy was a major challenge for his school and his parents. He would incessantly lie and steal, and he was defiant and manipulative. His family was at wit’s end. Tim’s psychiatrist had him on Prozac and Clonidine to “address” his “psychiatric disorders.” Tim hated school and received ongoing intense negative reactions from every authority figure in his life throughout most every day. Truth was, he was a smart, hurting little boy, whose biggest developmental issue wasn’t his weak working memory and essentially an absence of executive function, it was the impact all of the negative reactions/input he was receiving that was defining him. His behavior was largely a reflection of who he was being taught that he was. He was lowering himself to everyone’s expectations of who he was. He was who he was being taught he was.

We gave Tim a program to address his developmental and learning issues and taught the family how to turn his world around, making things positive for him. We encouraged them to take him out of school and do an NACD home education/developmental program with him. Literally, within days of being home and creating a positive environment (before program could have impacted any of his developmental issues), this boy was transformed into a happy, pleasant, cooperative child. Hopefully he will be completely weaned off his medications very soon. It’s amazing what can happen when you view a child as a whole child and address the cause rather than attempt to treat the symptoms.

If we wish to have control over outcomes, we need to control as many variables as possible. Parents are continually and not-so-subtly being encouraged to abdicate their role and position by “responsible” others, professionals, institutions, and society.

To produce good outcomes, it is very difficult to beat what proactive, involved, informed, caring, loving, and trained parents can do. It is virtually impossible to direct and supervise any aspect of a child’s development and education without understanding the whole child. If the parent doesn’t know the whole child, then no one does. Rarely does anyone other than a parent know and understand the whole child as does the parent—or, as did the parent. Children are coming under the influence of more and more people who are for the most part well intentioned, but who neither know or even wish to know the whole child and often don’t realize the power of their looks and words. Their perceived job is to work with their piece of that child, not necessarily contribute to the well being of the whole child, whoever he or she might be.

The whole child is something I talk about a lot because it is so very important. Tragically the reality is that there are often so many fingers in the metaphoric pie that there is virtually no one who even knows what kind of pie is being made.

Children need parents to be in charge; children need the people who know them, know them as a whole unique human being, who are responsible for that whole precious human being, and who hopefully also have a vision for that child’s future.

But lest we forget, the most important people to most children are the parents, and it is critical that parents understand how to interact with their children, how to create a positive environment, and how to provide them with quality feedback. Our children do not come with a manual. Fortunately parents are educable.

I would suggest you read the first four articles in this series and read the ones to come.

Our children cannot become all they can be if we parents aren’t all we can be.

*Dysgraphia – Dysgraphia epitomizes the issue of labeling individual differences as diseases. Dysgraphia has been described as an issue with writing/forming numbers or letters, or simply “messy writing.” It is also used as a label for children who have issues expressing themselves in writing or typing. It is called a learning disability and a neurological disorder. What is it really? It is merely a symptom of differences in rate of development and generally temporary individual weaknesses, that when addressed individually are generally easily remediated. One of the more significant causes of “dysgraphia” is trying to teach children to write before they have even established a dominant hand or even know how to read. It’s difficult to write with the wrong hand and compose a sentence if you can’t read one. It would be nice if the educational system understood child development, individual differences, and whole children.