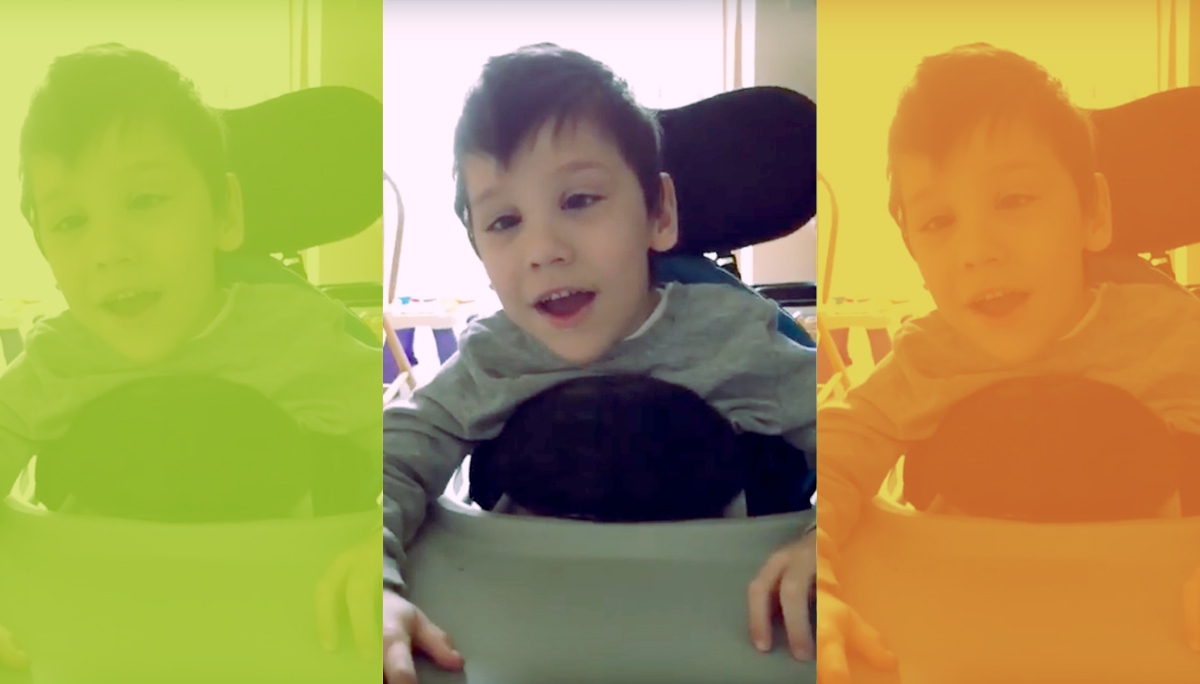 Back in May we introduced you to Coco Manole, the incredible little boy who was developing really fantastic processing abilities. This little brain injured/cerebral palsy four-year-old had developed astonishing digit spans of 10 forward and 9 reverse, which is absolutely phenomenal. Very few adults have short term and working memory at this level. Well, that was then and this is now. He was just getting started.

Just for the sake of perspective, shortly after starting program in July of 2016, Coco was just learning to process very simple one-step directions, such as “touch your nose” and was unable to follow a two-step direction. He was also only was able to say three words and understood no English.

Coco today, not yet even having reached his fifth birthday, is doing much better. Coco’s improved processing has helped him in every aspect of his development. Developing motor skills for a brain injured/cerebral palsy child, from creeping on the hands and knees, to manipulating the hands to pick up food to feed oneself is much easier when they can take direction and think through and mentally manage all of the little pieces required to start learning and performing these apparently simple functions. The difference in developing motor skills in a child with good cognitive abilities vs. one with lower cognitive function is no different than trying to teach quantum mechanics to an individual with strong working memory compared to one without.

I hope that everyone will be inspired by little Coco. Although the majority of his day and program is dedicated to developing his motor function, we are certainly not ignoring his academic/intellectual development. Coco reads close to 500 words in Romania and English and enjoys reading books in spite of his visual issues, which we are addressing and improving as well. He understands addition and subtraction and identifies and labels literally thousands of items in some detail and is very conversational. In July when I met with the family in London for Coco’s evaluation, I had the privilege of having dinner with the family. Coco was not only totally tuned into our conversations, but was a polite active participant who could have served as a model for some college students I know. He is also perhaps the sweetest and most compassionate child you will ever meet and is doing great as a big brother to his little sister, Ellen.

I firmly believe that we all have the potential to function at incredible levels and our ability to fulfill this potential is only limited by our vision, our commitment, and our knowledge.

Lack of function is not a prognosis of what can be.

Congratulations, team Manole! You are an inspiration for us all.