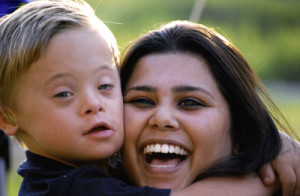 I live in a country where diversity is the best description. This applies to languages as well as culture. We have 29 different languages in India. Our common everyday use language is called Hindustani, which is a mixture of Hindi, Urdu, English, and some Sanskrit as well. Almost all households in India—rich or poor, literate or illiterate—are bilingual. So when I read the current research on this subject, I feel extremely excited to see the positive implications of such an environment. In this article I will provide a summary of some of this research and the positive outcomes of a bilingual/multilingual environment that I have observed.

There are several research studies conducted at universities from France, Canada, and USA that talk about how bilingualism/multilingualism is advantageous and gives bilingual children an edge over monolingual peers. In fact it is now seen that the positive implications of bilingualism extend not only to linguistic abilities but to cognitive function as well. These advantages emerge and can be observed as early as 24 months of age. By then the child has acquired a vocabulary in both the languages and has gained some experience in switching between them.

Sweet little Maya at the age of five knew how to speak in Hindi and English. She was not only communicating well but also deciding which language she needed to use with whom. She was using English with her family and teachers and would strictly stick to Hindi for help at home and school. Who taught her to do this? It was all her. It was never taught to her so it was even more amazing to see her get around and communicate efficiently with adults and more importantly her peers when she was using just 2­-3 word phrases. She always got her message across. Her vocabulary grew everyday and she continues to have a good grasp of vocabulary. She is always motivated to talk, and now she is learning a new language, Tamil, which is her native tongue. Her mom teaches her a new word in Tamil everyday. So is this where she’ll stop? I think not!

They also go on to say that bilingual children are better at sorting out non-essential perceptual data better than monolingual children. Bilingual children have two labels for an object or an action, but to communicate effectively they constantly have to keep making a choice of what label to use for the context of the situation. Hence these children become better at filtering information and selectively paying attention. Dr. Poulin-Dubois calls this better “attention control.”

The difference is also in how language acquisition happens. A bilingual child mostly reaches their linguistic milestones, such as speaking their first word, at the same time as their monolingual peers; however they use different strategies to acquire language. Bilingual babies need to devote their attention to the general associations between the words and the objects for a longer period than focusing on the detailed sound information.
Adhiraj Modi is a five year old with brain damage that makes muscle control extremely difficult for him. He has since a very young age been exposed to both Hindi and English at home. When it comes to his expressive vocabulary he has very limited words that can be counted on the fingers, but he uses both languages. Rather, he uses the label that is easier for him to produce. He prefers to say “home” rather than the more difficult Hindi label “ghar” for it. He uses the word “aur” rather than “more,” per his convenience. He has a choice, and so he chooses wisely.

In a study conducted back in 1963, Kolers discovered that different languages have separate memory stores in our brain. This study in the consecutive years has been validated several times since then. What is the implication of having separate memory stores for the different languages we know? It is very simple. It means an additional information database for a bilingual person that can be accessed easily and quickly. If they don’t find some information in one database, they can look for it in the other; and for a multilingual person there are more places to look for the information.

So to sum it up, bilinguals become better at paying attention, have additional memory store, and then are able to use that information more efficiently with better executive function. Looks like a win-win situation to me, wouldn’t you say?